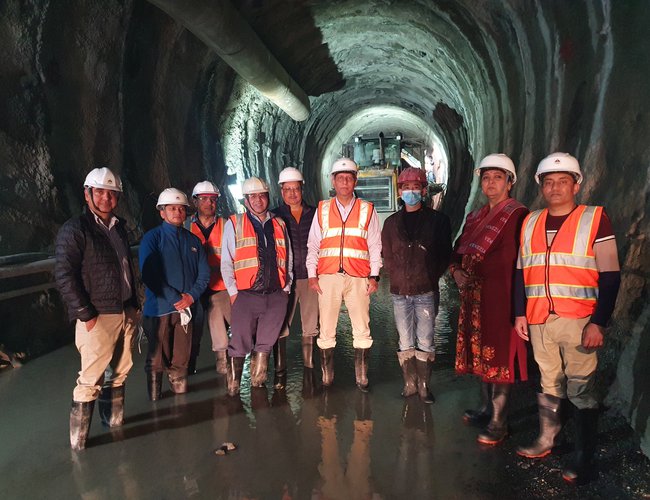 Several development projects have suffered badly with the spread of COVID-19 and nationwide lockdown but Trishuli 3 B, though at a slow pace, has rarely stopped the work. Along with Covid-19, the project work was also delayed due to the disruption of the supply of equipment from Kerung and China.

With the return of Kul Man Ghising as Managing Director of Nepal Electricity Authority and Chairman of Trishuli Jal Vidhyut Company Limited a year back, the construction work in UT3BHEP has accelerated further.

Following his reappointment as MD at NEA, Ghising has given high priority to Trishuli 3 B project and backed MD Gautam. That has led the pace of work in Trishuli 3 B to accelerate in high gear. 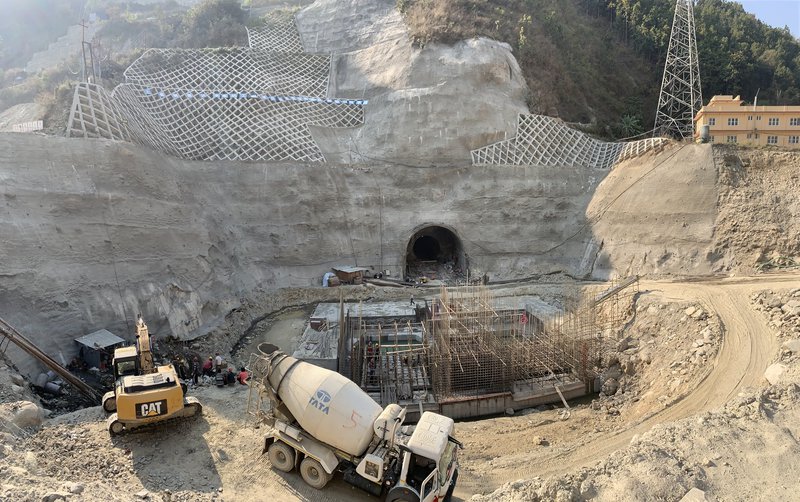 With proper guidance and committed management, the project has now achieved every target completing over 57 percent of work by the first week of March 2022 targeting to complete the project by 2023 September.

Led by Managing Director Gautam, who had a long experience working in the construction of projects, including 456 MW Upper Tamakosi and establishing Dudhkosi Storage Hydropower Project, Trishuli Jal Vidhyut Company Limited has begun construction work removing all hurdles to prevent delay in the project.

With complete backing from NEA’s management and the Minister of Energy, Water Resources and Irrigation, MD Gautam and his team have quite efficiently handled all the processes of construction of UT3BHEP.

With the tireless effort of MD Gautam, who prefers to work quietly, UT3BHEP is now back on track. Given the present pace, the project will complete on the stipulated date.

With technical capacity and managerial experience in place, Gautam’s plan of the project perfectly worked before the outbreak of the COVID-19 pandemic. The management now wants the same to repeat.

Commenced on 14 March 2018 with a target to complete by 13 March 2021, over 40 percent of work has been completed till the first week of January or upsurge of Covid-19 Pandemic. However, everything had collapsed within a matter of a month.

Despite facing a severe crisis of the Covid-19 pandemic followed by health protocols and lockdown, 37 MW Upper Trishuli 3 B Hydropower Project has made a progress completing 58 percent of work.

MD Gautam said that 2865 meters of the main tunnel with a length of 3805 meters has been dug.

"Concreting of structures has started after completion of the excavation of surface powerhouse; work is being done with the aim of concreting the first phase by connecting electromechanical equipment and parts by next May," said Gautam.

"As the customs checkpoints with China have not been fully opened yet, the contractor company has not been able to transport the construction equipment and materials in the production and packaging stage to China and bring them to the construction site. We have received information that they will be released from the customs soon." 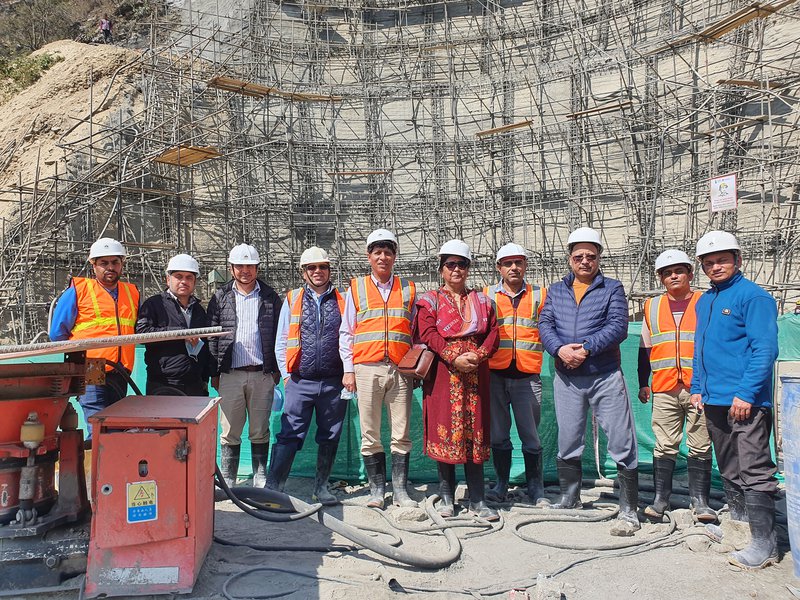 Work on the 37 MW Upper Trishuli 3B Hydropower Project under construction in Rasuwa and Nuwakot as a part of the People's Hydropower Program has gained momentum.

The overall physical construction progress of the Upper Trishuli 3B Hydropower Project, which had been hit by the COVID-19 pandemic, has reached 58 percent so far, according to the Nepal Electricity Authority (NEA).

As per the People's Hydropower Program (Operation and Management) Procedure, 2075, there is a provision to demand payment only after paying 50 percent of the remaining amount for the physical progress of the project and all the amount agreed to be taken by the shareholders of the founding group of the company. 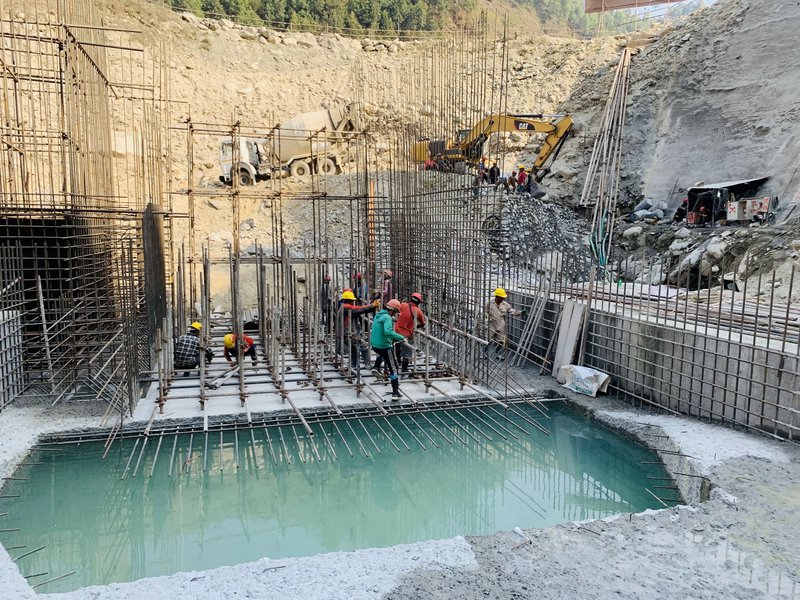 NEA and Nepal Telecom have 30/30 percent founder shares in Trishuli Hydropower Company Limited, the promoter of the project.

The estimated construction cost of the project is Rs. 7.44 billion.

The construction of the project, which was in full swing, was halted for about 15 months as Chinese workers, who had gone home in the second week of January 2020 to celebrate the New Year, could not return due to COVID-19 and equipment and materials could not be brought from China.

The construction of the project was resumed only from April 2021, but the work was again affected for about three weeks due to the second and third waves of COVID-19.

Also, construction was affected by the discovery of a much weaker rock than previously estimated in the main tunnel. Contractor Chinese company Shuifa ANHE Group Co. Ltd. is currently constructing main structures, including intake, main tunnel and powerhouse.

The contract agreement was signed with Shuifa ANHE Group Company on February 12, 2018, for the construction of the project in the Engineering, Procurement and Construction (EPC) model. The contractor company will design, construct, connect and operate all the civil, electromechanical and hydromechanical side structures and equipment of the project. 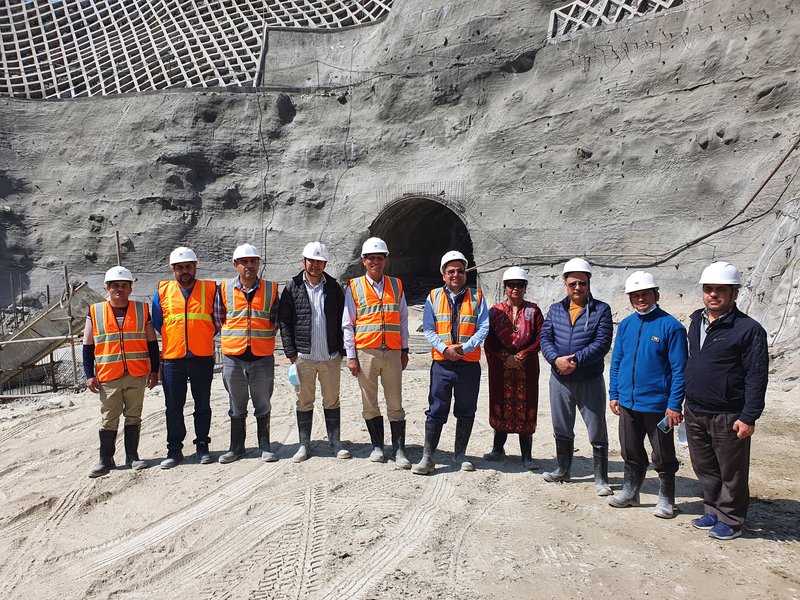 The electricity generated will be transmitted to the national grid through the existing Samundartar Trishuli 3B transmission line.

The company had issued 3.7 million shares to the public and collected only Rs. 10 per share with a minimum face value of Rs. 100.

As per the People's Hydropower Program (Operation and Management) Procedure, 2075, there is a provision to demand payment only after paying 50 percent of the remaining amount for the physical progress of the project and all the amount agreed to be taken by the shareholders of the founding group of the company.

NEA and Nepal Telecom have 30/30 percent founder shares in Trishuli Hydropower Company Limited, the promoter of the project.

The period from November to the first week of June is regarded as the best time to achieve progress in the civil and other surface construction work because of favorable weather. Following the onset of the monsoon in June, progress will be slowed down naturally. However, the disruption that started after January till now has pushed everything behind. Given the present scenario, there might be a delay of 6-8 months in completing the Project.

“Although the construction of the project was going on smoothly till the 3rd week of January 2020, the COVID-19 has changed the status of the project,” said MD Gautam.

The estimated construction cost of the project is Rs. 7.44 billion. The completion of UT3BHEP will help to maintain the quality of the electricity supply in the Kathmandu Valley.

NEA’s MD Ghising is making efforts to shorten the period of delay. In his effort, MD Ghising has started to facilitate the work to bring the equipment and materials lying in Keirung.

With his own experiences and backing of NEA and top management, MD Gautam is now pushing the contractors to make tangible progress to complete it. 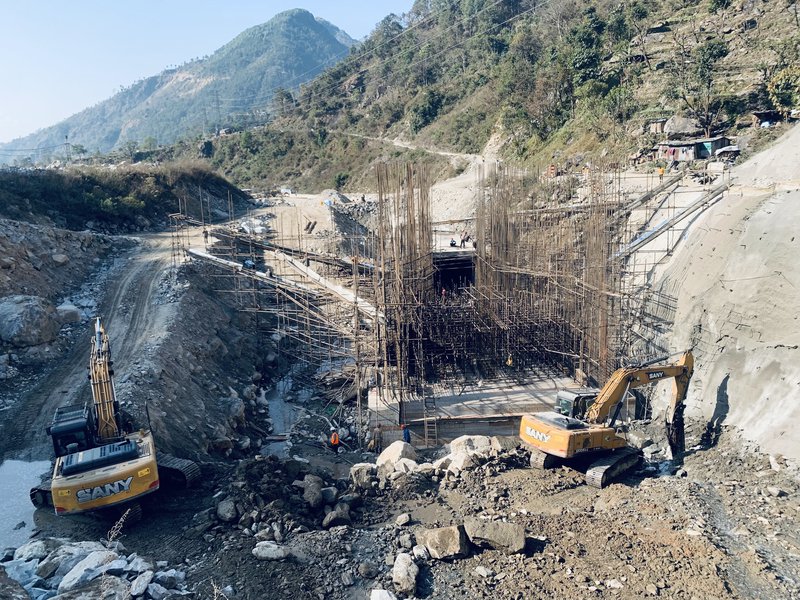 IFC Appointed Riccardo Puliti As Its New Regional Vice President For Asia And The Pacific By NEW SPOTLIGHT ONLINE 3 days, 17 hours ago

Finance Ministry Cut The Budget Of Purchasing Newspapers And Printing Under its Austerity Measures By Agencies 4 days, 4 hours ago