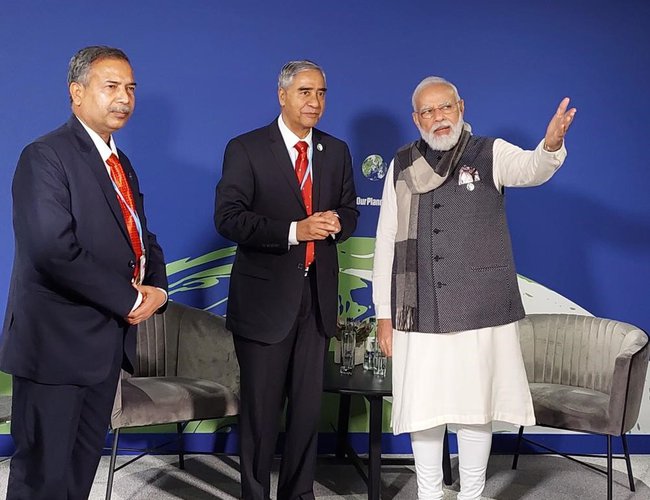 The Prime Minister is scheduled to hold delegation-level talks with his Indian counterpart Narendra Modi at Hyderabad House on Saturday.

PM Deuba is also scheduled to address a gathering of businessmen in New Delhi.

Likewise, nine secretaries and high level government officials including Managing Directors of Nepal Electricity Authority and Nepal Oil Corporation and Chief Executive Officer of Investment Board are also included in the delegation.

The government delegation team will have about 30 members and 20 members will be from the private sector.

During the visit, Prime Minister Deuba is scheduled to pay a courtesy call on Venkaiah Naidu, Vice President of India.

Similarly, External Affairs Minister as well as National Security Advisor of the Government of India Ajit Doval will call on Prime Minister Deuba.

It is the first visit of Prime Minister Deuba to India after he assumed the high office for the fifth time in July last year. Likewise, it is his second international visit after he became Prime Minister nine months ago.