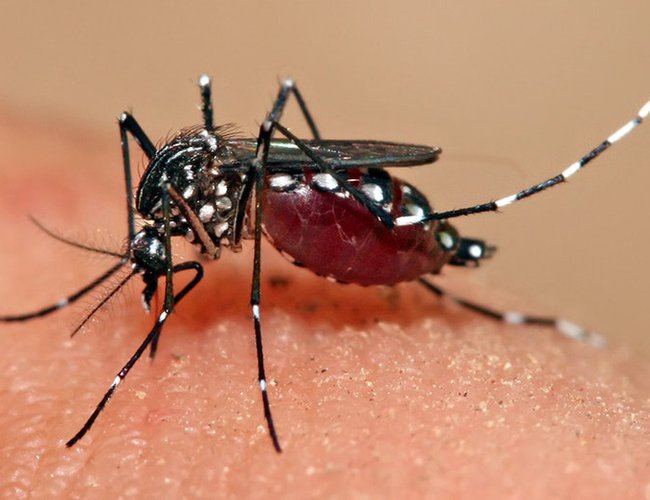 Lumbini Province is seeing a growing cases of dengue infection, with Butwal emerging as the hotspot.

Though this disease was confined in the Tarai and inner Tarai plains in the past, now it is spreading in the hilly and mountain districts. Dengue patients have been found in the hilly district of Palpa district as well.

According to Palpa Health Office, dengue infections have been found in the tests conducted at various hospitals of the district. Madhusudhan Bhattarai, lab technician of the office, informed that 20 cases of dengue were detected within three months.

The dengue cases have been detected in all local levels of the district, said Bhattarai and added that many cases were found in Tansen Municipality and Rambha Rural Municipality.

The main reason behind the spread from Tarai to hilly and mountain districts is climate change, said Dr. Rajendra Giri, chief at the office.

With the increase in temperature, the dengue has spread in the hilly districts which are nearer to Tarai disticts, said Dr. Giri. The first case was detected in Butwal in June, and it has not been controlled yet.

The disease spreads during monsoon, pre-monsoon, and post-monsoon, so it will not be controlled for at least three months, said Dr. Indra Dhakal, medical superintendent of Provincial Hospital, Butwal.

The hospital is providing treatment to 30 to 40 patients suffering from viral fever or dengue on a daily basis. With the increasing cases, ‘search and destroy’ campaign has been started in Butwal.

The Butwal Sub-Metropolitan City has increased surveillance at the dengue affected areas. The city has started a dengue search-and-destroy campaign in the affected areas. Three cases of dengue were detected in Banke among Butwal returnees. According to Durga Gautam, focal person of the vector borne disease at Health Office Banke, the office is on high alert after the detection of the disease.

“We are creating awareness about dengue and providing information on the precautions to be adopted to stay safe from dengue,” said Gautam.

Many dengue patients, including Indian returnees and patients from India and other districts, are also visiting Bheri hospital for treatment. Patients are also found in Kapilvastu. According to Banganga District Health Office, in Maharajgunj, Krishnanagar and Bijayanagar rural municipalities, there are significant numbers of dengue patients.

“We have started testing through kit after detecting dengue cases in the district,” said Hemraj Pandey, chief at Kapilvastu Health Office.

According to the office, 46 dengue cases were detected in Banganga Municipality. Among them six patients are in critical condition, said Thagaraj Poudel, chief at health section of the municipality.

Cases have been detected in Dang as well. In a test conducted at Rapti Provincial Hospital, Tulsipur, three cases were detected in July.

According to Lamahi Hospital, one dengue patient was found in Lamahi Municipality. The patient had visited the hospital for follow up after dengue was confirmed at Butwal, said Srijan Poudel, lab technician of the hospital.

With the increasing cases in Tarai districts, district hospital of West Nawalparasi has faced shortage of kit to test for the disease.

Dr. Nurul Hoda, medical superintendent of the district hospital, the hospital is reeling under the shortage of kits to test dengue, kalazaar and scrub typhus diseases.