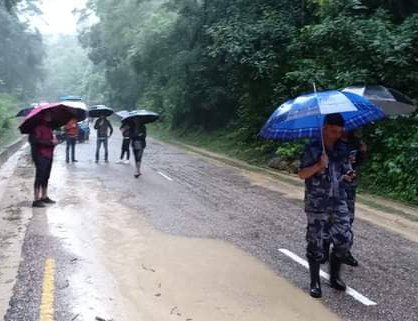 Incessant rainfall has increased the risk of flood and inundation in In Dang, Nepagunj Kailali and Kanchanpur, the two districts in Sudurpaschim province.

The Depart of Hydrology and Meteorology has warned of floods in the Khutiya, Kandra, Mohana, Suheli and Chudhar, among other rivers and urged people living in settlements near these rivers and streams, and in low-lying areas to take precautions.

Weather station chief Sanjaya Shah said, "Although it appears that the rain-causing weather system is somewhat weakening from today, it might still take time for the monsoon to be inactive." 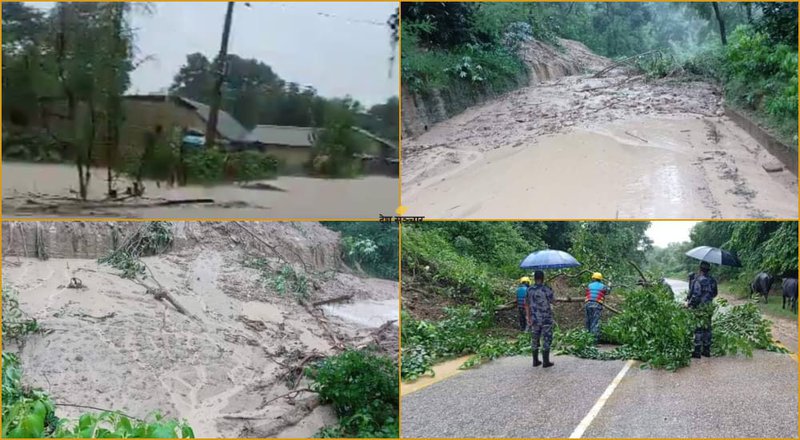 According to him, the people are advised to take precautions against flooding and inundation and the farmers are urged to wait one more week to harvest the paddy as rainfall is predicted till mid-October.

Meanwhile, in Banke district, 75 households at Chaupheri village, Duduwa Rural Municipality-1, have been evacuated after the flooded Rapti River inundated the whole settlement. These families were moved to a safe shelter near the village after floodwater from the river entered their houses.

Gyawali said that dozens of houses have been completely damaged in Chaupheri village.

Nearly 300 houses in Chaupheri, Krishi Chaupheri and Pajha settlements in the downstream side of Banke district are inundated due to the flooding caused by the swollen Rapti River. (RSS)