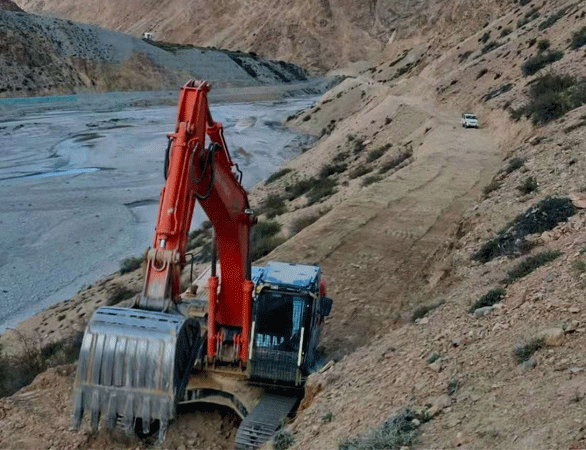 Construction of a road from Hilda, a Nepal-China border point, to Kit has been completed. The road was built when the security personnel of the border security post have been experiencing difficulties to reach the border after the old road collapsed.

Head of Infrastructure Development Office in Humla, Devi Aidi, said that the work of road construction from Hilsa to Kit has been completed. He said that construction of the seven to eight metres wide and two-km long road was completed in two years.

After the completion of the road construction work, jeep service has been available in the area. The previous rough road was destroyed by landslides and there were steep slopes in some places, so it was very difficult for the security personnel to pass through.

Due to the lack of transport arrangements for the security personnel of the checkpoint, they had to leave on foot. There are five to eight border posts in that area.

New Data On Nepal PLHIV Stigma Index 2.0 Indicates The Need To Create Arespectful And Equal Environment For PLHIVs In Community And Workplace By NEW SPOTLIGHT ONLINE 3 hours, 59 minutes ago