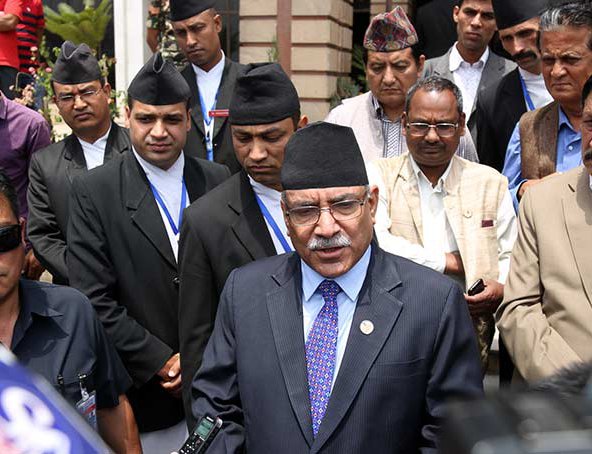 According to Prime Minister’s Press Coordinator Surya Kiran Sharma, PM redirected Ministry after he received the complains that the custom officials continue to confiscate such mobile sets.

Despite the earlier instruction from the head of the government in regard to the smartphone sets brought for personal use, a customs employee at Tribhuvan International Airport (TIA) was reported to have prevented a Nepali return from the United States of America to pass the checking with the additional set.

Prime Minister 'Prachanda' has issued a directive for promptly addressing the complaint related to the mobile phone sets brought for personal use while returning to Nepal from abroad.

The Prime Minister's directive comes in response to a complaint coming from the citizen level. He had issued a similar instruction related to the mobile phone set brought for personal use from abroad before this as well.

“In response to public concerns and complaints over the news report that the custom employee at TIA barred the Nepali from the US to pass with an additional phone set on Monday, the Prime Minister has directed the Ministry of Finance to promptly address the issue,” Sharma said.

The Prime Minister has sought to address any legal and policy-level issues in regard to easing the process to bring two mobile phone sets by any Nepali returned from aboard.

It may be noted that earlier the Finance Ministry had decided to impose up to 18 per cent excise duty on the import of an additional mobile phone set for personal use by a Nepali while coming home from abroad. The decision sparked widespread protest and criticism. The decision followed the Nepal Telecommunications Authority's (NTA) move to implement the mobile device management system last Friday. The implementation of MDMS which was said to be for discouraging the grey market of smartphones was suspended following the Prime Minister’s directions a few days back.

Based on the reporting from RSS