Cold Wave Forces Schools To Shut Down In Nepalguj, Dhanusha And Rautahat

Cold Wave Forces Schools To Shut Down In Nepalguj, Dhanusha And Rautahat 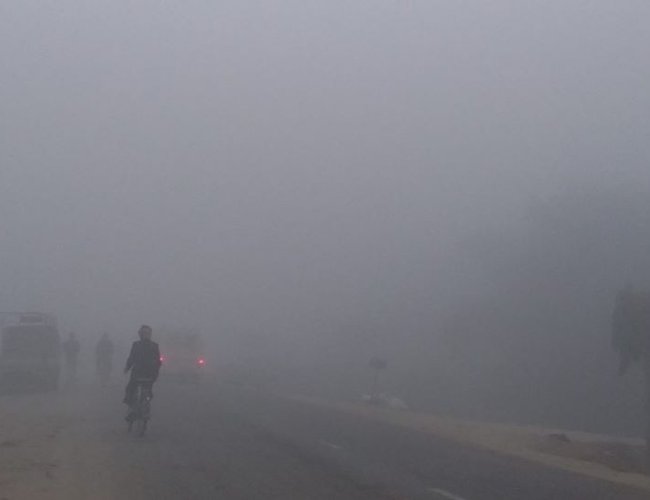 Many local levels in the Terai have started giving holidays in schools as the shivering cold started affecting health of students.

Khajura Rural Municipality in Banke has decided to give a three-day holiday for all the schools as the cold wave has started affecting children’s health.

According to the rural municipality, the decision came into effect at a time when many children started suffering from cold-related illness.

Khajura’s Chairman Dambar Bahadur BK informed that the schools have been closed from Wednesday. The classes are said to be resumed on Sunday.

“Parents requested us to close the schools for some days as their children were suffering from illness because of freezing. So we decided to close all public schools for three days,” said BK.

BK added, “If the mercury continues to fall, we may extend the holidays.”

Guardians of other local levels in Banke district have also demanded holidays in schools citing that their wards were falling ill because of freezing and cold waves.

“It is freezing in the morning. It will be difficult for children to study in such environment. Thus, schools should be closed until the weather becomes favorable,” said Mubarak Siddiqui, a local of Ward No. 11 of Nepalgunj Sub Metropolitan City.

Siddiqui added, “Moreover, the local levels have not yet provided items, such as warm clothes and firewood, to the poor families. Many people are struggling to survive the piecing cold of winter.”

“We are discussing with local levels since the parents are demanding school holidays for some days. We will reach a decision soon,” said officials at Nepalgunj-based Education Development and Coordination Unit.

Officials informed that parents of children studying in grade one to five are exerting pressuring on them to close the schools.Meanwhile, all community schools in Rautahat district have also been closed until Friday, citing freezing.

All 16 local levels in Rautahat district, including Gaur, Rajpur, Ishanath, Brindaban, and Rajadevi among others, have decided to close the schools following the request of the parents that their children were falling ill because of cold.

The temperature of the Terai region has dropped to 6 to 8 degree Celsius recently. Flights to and through Nepalgunj’s Ranjha Airport were also affected throughout Tuesday and delayed on Wednesday as well due to weather-related issues.

Similarly, local vehicles are also bound to operate with their headlights on even during the afternoon due to thick fog. Number of people visiting marketplaces and government offices throughout the Terai districts have also decreased.

Six local levels in Dhanusha have already given holidays in schools effective from Tuesday. Dhanushadham Municipality informed that the schools would remain shut in the area until January 11.