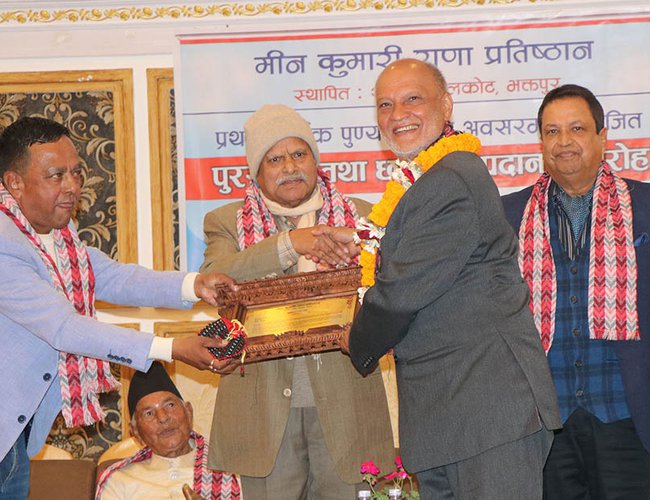 Former President Rambaran Yadav has said that the country was yet to see political stability despite many revolutions.

At an award and scholarship distribution program organized by Meenkumari Rana Foundation, Balkot in Bhaktapur today, the first President of Nepal said the new constitution was drafted but the people have not been able to gain trust and confidence, while the change has not translated to the people's level.

President of the Foundation, Kabir Rana, on the occasion handed over Rs 51,000 in cash to establish a scholarship fund in Adarsh Secondary School and Bainkoteshwar Gurukul School. The foundation was established by Kabir Rana in memory of his late mother.

On that occasion, Rabi Rana, the general secretary of the foundation, said that after establishing the foundation in the memory of his late mother, he kept his mother's memory alive by establishing awards to senior personalities and scholarship funds for students in the first year.(RSS)