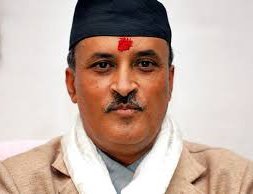 After a hiatus of almost three months, the ruling Nepali Congress and CPN-UML coalition has made some moves that have shaken the civil service. Just a few days after the expansion of the cabinet by inducting two ministers from Rastriya Prajatantra Party (RPP) and CPN-ML, the government, on April 10, reshuffled the bureaucracy, transferring and adjusting 18 secretaries, including the newly promoted secretaries. The government posted new secretaries to the key ministries like Ministry of Finance and Ministry of Home Affairs on the basis of their sympathy with the political parties.

For instance, Surya Silwal was transferred from the Cabinet Secretariat as the Home secretary. Silwal, who served as the director of Peace Trust Fund before his promotion as secretary, is reportedly close to the CPN-UML leader and deputy prime minister Bam Dev Gautam.

Silwal, who worked with Nepal’s development partners successfully during his tenure as director of Peace Trust Fund, was transferred from Ministry of Information and Communication by UCPN-Maoist led coalition. Having served for a long period of time in Ministry of Local Development, Silwal replaced Janardan Sharma, who retired on April 14.

Newly transferred Secretary of Finance Yubaraj Bhushal is one of the senior most secretary in the cabinet. Bhusal, who replaced Shanta Raj Subedi, was secretary at the National Planning Commission for almost two and a half years. Secretary Bhushal, who also worked under UN system for about a year and half is expected to be comparatively more communicative than his predecessor Subedi. One of the advantages of Bhusal is that he has fluency in English and can present his own points strongly.

Similarly, the government also transferred the Secretary of Education Narayan Malego to secretary at Ministry of Industry, Commerce and Supplies. At a time when Ministry of Education has been facing major problems of funds, following the withdrawal of support by Nepal’s development partners in school sector reforms program, the move to bring Bishwo Prakash Pandit, a Nepali Congress sympathizer, will have some positive implication.

Spending his entire career working under Ministry of Water Resources as law officer, Rajendra Kumar Chhetri was transferred from Law Commission to Ministry of Energy, replacing Pandit as a secretary, also a significant development.

Similarly, Suman Sharma, an engineer having long experiences working in sanitation and drinking water sector, has been transferred as secretary at Ministry of Information and Communications. Madhav Regmi was transferred to Ministry of Irrigation from Ministry of Supply, Trade and Commerce. Naindra Upadhyaya,  who has expertise on Nepal’s trade and commerce, was sent to Ministry of General Administration. Lok Darshan Regmi,  who worked for a long period time at the Finance Ministry, was posted to the Ministry of Land Reforms and Management. Regmi, who is close to finance minister Dr.Mahat, is likely to replace Bhusal as finance secretary after his retirement in July.

Shankar Adhikari has been transferred to the Financial Comptroller General Office and Shanta Raj Subedi to the Office of the Prime Minister.  Likewise, Shree Ranjan Lakaul has been transferred to Water and Energy Commission, Hari Prasad Nepal to National Vigilance Centre, Raj Kumar Malla to the Office of Vice President, Narayan Malego to Ministry of Commerce and Supplies, and Durga Nidhi Sharma to the Prime Minister´s Office.

Someone with extensive knowledge on Nepal’s forests, Dr Krishna Chandra Paudel was transferred to the Ministry of Science, Technology and Environment. Paudel was suddenly transferred by previous minister from Ministry of Forest and Soil Conservation when he declined to accept undue pressure of then minister.

The present reshuffle was expected since the formation of the government as there has been a practice to bring party henchmen and followers of the ministers as secretaries. The current reshuffle was also a part of continuation of that tradition of reshuffling the bureaucracy with the change of government.

As the government is preparing to make the budget, the reshuffle of the secretaries and joint secretaries  is likely to impact Nepal’s upcoming budget making process. As finance minister Dr. Mahat has said that he will pursue the second round of economic reforms, the present change in the ministry of finance and National Planning Commission, which will look at the overall economic scenario, is likely to have implications for reforms.