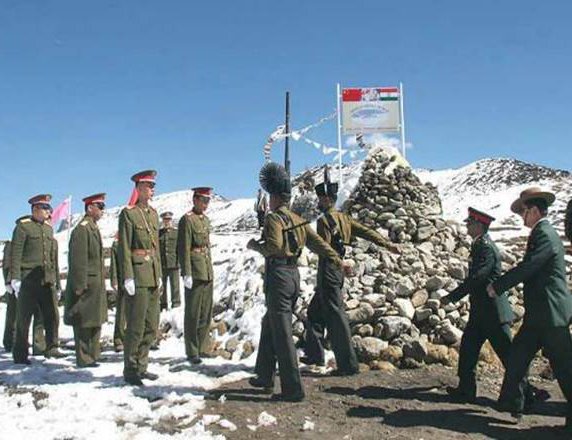 Despite over a month of stand-off at the tri-juncture border between India, China and Bhutan, there are no signs of the conflict being resolved anytime soon.

Indian and Chinese troops have been locked in a face-off in the Donglang or Doklam region since June 16. India has said its troops acted in coordination with the Bhutan government to oppose the construction of a road by Chinese troops in an area which India claims that it belongs to Bhutan while the Chinese side asserts that the area is its very own. Soldiers from both the sides stand eyeball to eyeball just a few metres away in the conflict zone now.

Diplomatic maneuvers from the both the sides have failed to resolve the issue amicably. After failing to bring about any development in the stalemate, Foreign Secretary of India S  Jaishankar speaking to a parliamentary standing committee on external affairs said that the two countries had settled many such disputes in the past and there was no reason why they couldn’t do so again. He did admit that the Chinese side had reacted rather aggressively than earlier but appeared hopeful for a diplomatic solution.

But China once again reacted hotly to the non-controversial stance from India. During the daily foreign ministry briefing in Beijing, spokesperson Geng Shuan said the situation this time was ‘utterly different in nature from the previous frictions between the two sides’. China even went further to poke India on Kashmir and said that China was ready to mediate in a ‘constructive’ way in the Kashmir problem.  This marked the first official statement where China had deviated from its stated line on Kashmir being a bilateral issue.

The conflict has seen no headway despite leaders of both the countries, Narendra Modi and Xi Jinping meeting in Hamburg on the sidelines of the G20 meeting. Although ‘a range of issues’ were reported to have been discussed, it is unclear whether the stand-off at Dokalam/Donglang was talked about. And even if it was, it seems to have been a futile effort.

In the escalating war of words, it remains to be seen how the two sides resolve the issue amicably. A solution to the problem seems challenging to devise. Backing out would mean creating a weak image of oneself for both the sides. Especially for India, which has acted in interest of its ‘close ally’ Bhutan, backing out would be particularly India. China, on the other hand, with its aggressive rhetoric is less likely to budge from its current position. It appears adamant to its claim that India back out first and let Bhutan deal with the issue on its own.

The border drama, thus, is less likely to see an end anytime soon.

US: Troops In Afghanistan To Withdraw By September 11 By Agencies 9 hours, 38 minutes ago