For a sovereign country, instead, he brought back the confiscated soil of the motherland. 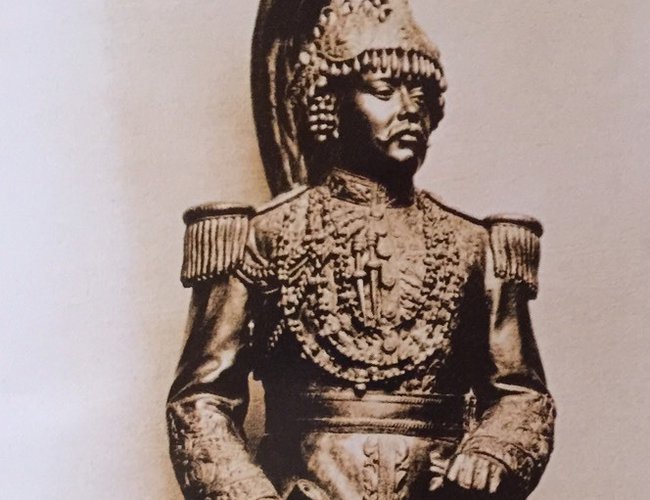 I used to be fascinated by the magnificent equestrian statue of PM Jung Bahadur Rana, galloping on a horse with his tallest image, as a rider who never let the flag of the motherland to be lowered, even at the time of the mighty British Raj. For a sovereign country, instead, he brought back the confiscated soil of the motherland. He was received in Sri Lanka, on his way back from the UK visit, as a 'lion of Asia'. He was received with full state honor on his state visit to UK and Europe. I salute him for his patriotic mind and soul. 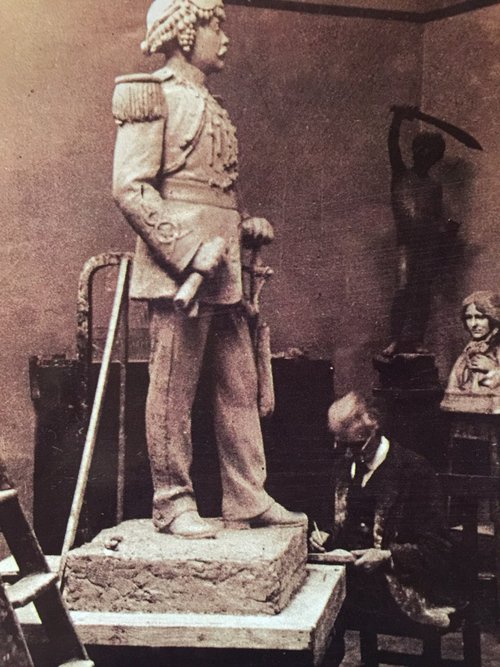 The equestrian statue of Jung Bahadur on the horseback is so lively and expressive, I just could not take off my eyes from admiring the work of a sculptor who had casted it with a genuine skill. Jung Bahadur, with bold expression on his look, with each tiny detail from his costume to decoration and posture, is on a horse carrying his master with energy, brilliantly casted even with a few enlarged nerves on the neck of the horse, while galloping so the eyes of the horse are focusing on the rider’s instructions, to gallop ahead is so expressive. At the base of statue is the name of the sculptor, T. Broc. 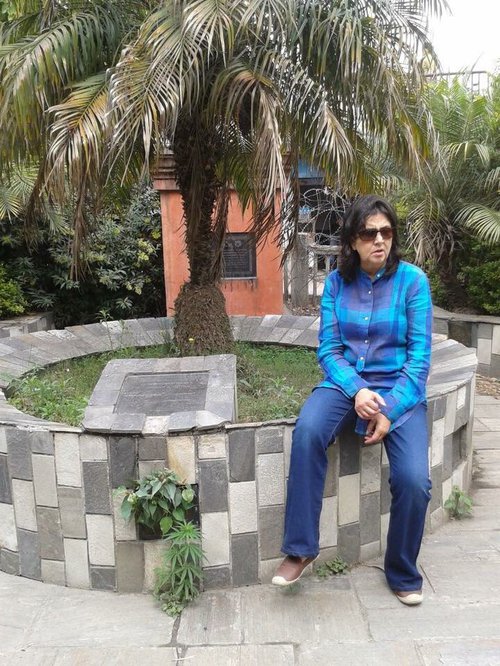 I was fascinated by another equestrian statue placed at the right place, suitable for his respected image, the statue of late king Prithvi Bir Bikram Shah Dev, at the heart of the city, just in front of  Singh Durbar at the triangular land of  Bhadrakali. I was amazed to see the images of all the Rana rulers, with their part of history, galloping on the horses, in various key places of the capital, each artistically casted by sculptors, who were simply brilliant.

Among all these equestrian statues, I was overwhelmed on seeing the statue of a Rana ruler who had a folded the reform bill in his hand, instead of galloping on the horse, waving sword in his hand. I kept on looking at his image, then slowly, page by page, history turned before my eyes as saying, ‘Why the bill Instead of the sword?'

He was the fourth son, of 17 sons, of Chief of Army Dhir Shumsher Jung Bahadur Rana, by his third wife Rani Nanda Kumari Thapa, daughter of Kazi Hemdal Singh Thapa [my ancestor], and sister of commanding colonel Keshar Singh Thapa born on 17th July 1862. He was none other than reformist Rana Prime Minister Dev SJB Rana, as he became Prime Minister on March 5th 1901 and was exiled just after 3 months of his premiership by his successor.

Even though he had just 144 days to govern the motherland for a very short time, he contributed a lot as reformist Rana PM of Nepal, hence respecting all his noble work, the government of Nepal has issued his commemorative stamp. I can say proudly, he deserved the honor by the state. Hats off.

Why was reform bill folded in his hand on his statue? I wonder who would have ordered to cast the statue in that image, brilliant.

He established the first daily newspaper called ‘GORKHAPATRA', which is a  national newspaper in daily circulation even today. His recognition to the universal education [aksharanka shikshya] by Jay Prithvi Bahadur Singh was published in the Gorkhapatra, 1st and 2nd editions, in 1958 BS.

Iron ore mine was started by him. It was one of the largest iron manufacturing industries in those times.

With his reformist mind he wanted to create the wave of education in the country by proclaiming the universal education for which he opened many schools in villages. He opened the Durbar school for admission of non-Rana children too. He worked hard to abolish slavery in Nepal and introduced a campaign to fight against corruption. He also organized the ladies court. Dev Shumsher, being a reformist, is regarded highly in the history of Japan for recognizing the Meiji Ishin of Japan, which he wanted to implement in Nepal too. He sent students of Nepal to Japan. 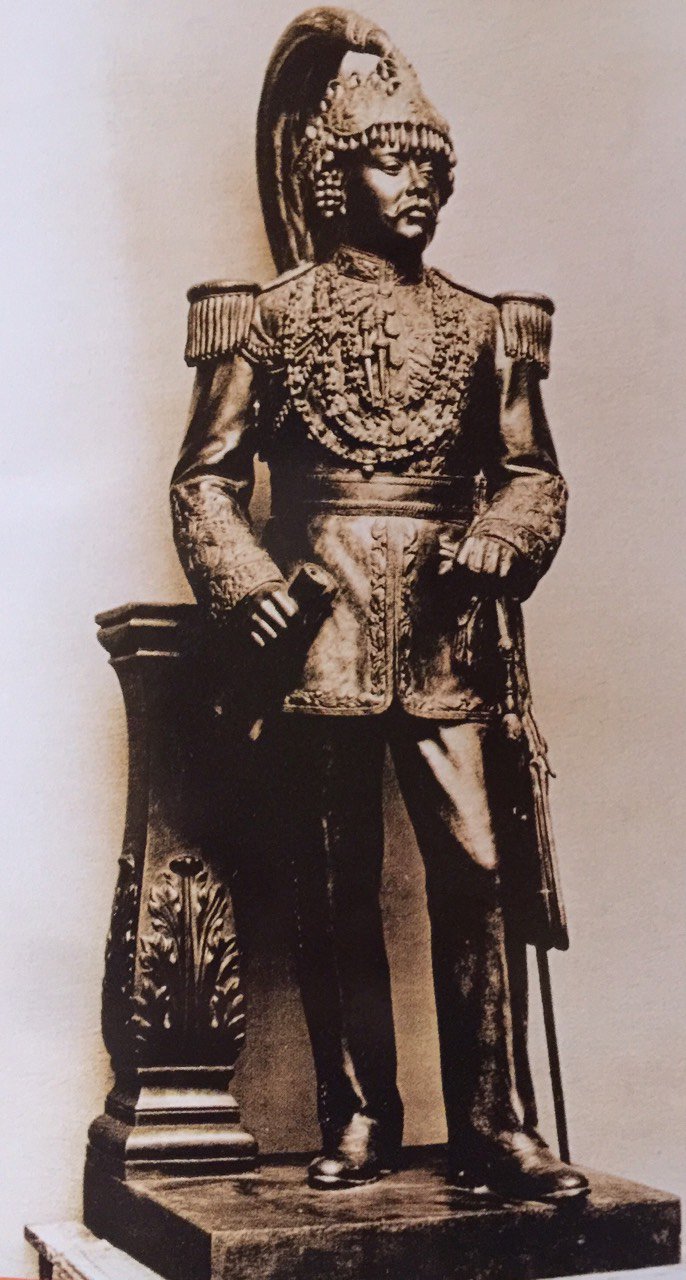 While I was glaring at the reform bills in his hand, standing at the entrance of the zoo, I had no idea why he was at the entrance of the zoo. I wish he should have been standing in front of the Singha Durbar or inside the it to guide all the nation builders. On my way back, curiosity aroused me to find out the sculptor of these awesome equestrian statues of the country, which make up the priceless heritage. A history which cannot be erased even by toppling the statues.

Working hard, finally I managed to get hold of the one of the triplets of the sculptors who had casted these equestrian statues of Nepal. Peter Tonneli, grandson of the sculptor, was thrilled as myself while getting in touch with me, as I was contributing to heritage preservation  on my own besides my environmental conservation campaign. I jumped with excitement when he sent me an envelop full of photographs of his grandfather casting these statues at his studio in London in different forms. I came to know that renowned sculptor called ‘Domenico Antonio Tonelli [1856-1956] was the one who had casted these brilliant statues for Nepal. Domenico  Antonio  Tonneli attended his  art classes in various renowned ART schools and colleges, including  Kensington London School of Arts, worked under  Sir Alfred  Gilbert etc. His art work exhibitions were displayed between 1889 to 1920. He was a renowned sculptor, twice gold medalist from the London School of Art, besides various awards. I  got mostly all the information about each equestrian statues to busts of  Rana PM and only one  statue of Shah King, the statue of late King Prithvi Bir Bikram, the one at the triangular land of Bhadrakali. 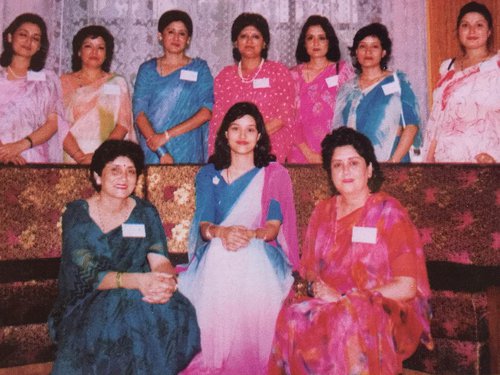 The earliest reference comes from a letter written by Krishna SJB Rana to  Domenico Antonio Tonelli dated Sep 5th 1936 where it mentions the statue of His late Highness  Maharaj  Dev SJB Rana has reached  Nepal  safely, quite a feat when you consider around 1930 when there were no airports or roads to speak of and only porters and pack animals were used for transport over the mountains to Kathmandu. The letter of Peter to me with these references made me more determined to contribute to preserve these priceless art and heritages of the country. Hence with the help of my green ambassador members of our NGO Save the Environment Foundation (SEF), we have started our preservation campaign, with volunteer services, as we were run by self-finance and local sponsors. We collected funds from few generous Rana families to construct beautiful green gardens around it and did the maintenance of the statue area. Former COAS General Pyar Jung Thapa was, as always, our inspiration to work in the preservation of statue of Jung at Nepal Army Headquarter, where we needed the permission.

As I focused on the statue of Jung Bahadur, buying the preserving solutions from the Department of Archeology and, with their expertise, we coated it all over the statue. The help of a few generous Rana families as sponsors resulted in a beautiful green garden around it. Next we preserved the equestrian statue of King Prithvi Bir Bikram Shah and constructed green garden around it with maintenance, installing fountain, lights etc calling it ‘Bhadrakali Shanti Udhyan' at the time of insurgency . 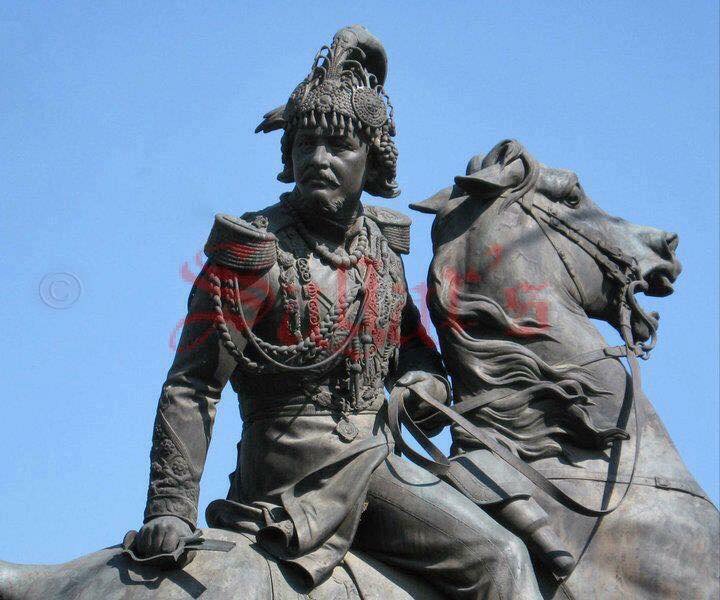 Compiling all the details about these heritage sites in a booklet we organized a program inviting the representative of the Department of Archeology and handed over 50 copies of these booklets about equestrian Rana statues/busts, and sculptor’s details to the Department of Archeology for records, which were not there before. Though small, the attempt to preserve the heritage of the country, along with history, which cannot be deleted, will be worthwhile. I am thankful to all my green staff ladies of Save the Environment Foundation (SEF),  who joined with me as  a  team to do little things on preserving the environment and heritage through their volunteer services. For our work, we have received four national awards. Looking back between 1994 to 2005, as retired grannies, "we feel those were the best green moments we enjoyed just doing little things." 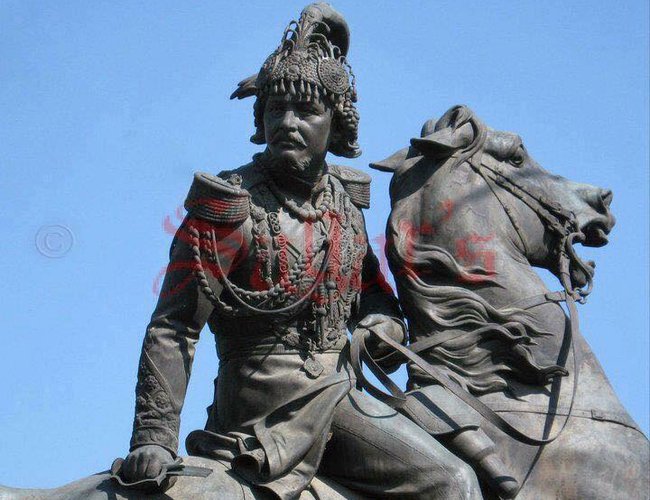 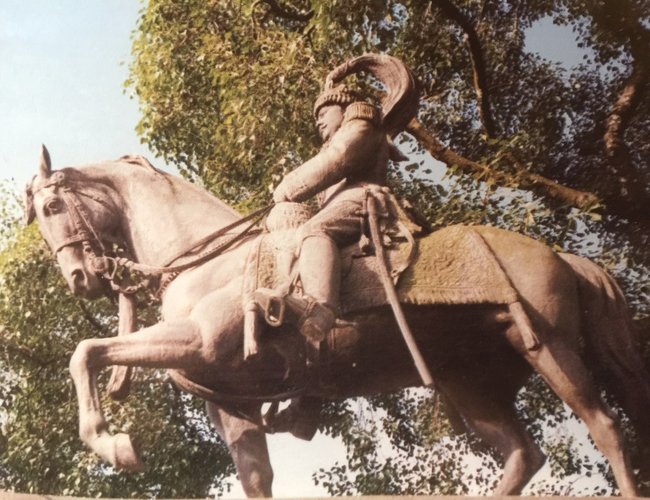