The Role Of Youth In Politics

The never-ending instability, corruption, mismanagement, and the government’s failure to deliver are some of the problems and the reasons as to why nothing has progressed even in decades in a very small country. 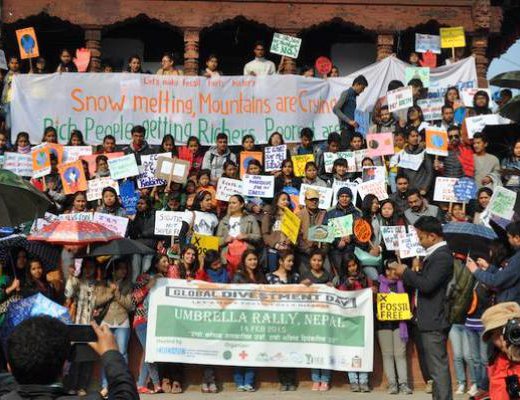 In Nepal, a country of about 30 million people, the political situation has always been turbulent and unstable. The people have lived through chaotic times and have been witnesses to countless changes in the government, however, have never benefitted from any substantial improvements. The reason why the system has failed so many times, among many things, lies in the conventional and archaic system comprising older people who have been doing the same thing for years.

The never-ending instability, corruption, mismanagement, and the government’s failure to deliver are some of the problems and the reasons as to why nothing has progressed even in decades in a very small country. The most important point to note is that the kind of people partaking decisions for the whole of the country are little educated, known to be corrupt, old-school, and rather old in age. Moreover, the major political parties hardly provide any space to younger people into their teams. As observers often say, this happens due to the lack of confidence among these people on one hand and the hunger and greed for power on the other.

In May 2017, after 20 years, elections at the local level were finally conducted in Nepal, however still in two phases. Despite the fact that almost all parties nominated their candidates for the elections, people were still left with a ‘lack of choice’ coming from the politicians that were already in the circuit without any vision or talk of social justice. The newer parties failed to make the cut and did not gather enough votes.

The younger generation meanwhile in the country started raising their concerns on the government’s inability to maintain a correct geo-political balance between the two neighbours over this dispute, at the same time however also continued expressing their frustrations on its inability to reap the benefits from these two fastest-growing economies. More engagement of youth in politics was another concern raised, probably also inspired by the new international young comers, such as Emmanuel Macron in France.

Interestingly, the said elections in Nepal in May 2017 also saw candidacy from a 21-year-old female for the mayoral position in the capital city Kathmandu, coming from an ordinary middle-class family and representing a fairly new political party, and gained about 11.88% of the total votes. Her winning was already predicted unlikely since other politicians and voters alike were skeptical of her, but nevertheless, her initiative was lauded as the first breaking of the seal and an induction of youth in the political dimension which is the first step forward. Despite losing in the elections, it can be said that she has paved the way for youth in future to stand up for something they believe in, get the confidence of the voters and utilize their power and energy for the positive change they wish to see.

The older and never retiring politicians who have been in politics forever have deeply rooted values and just will not let go of their affiliation. Meanwhile,  there are some politicians that are so strongly inclined to the right wing, some believe in dynasty-led politics and some breathe in and out socialism. Daring to contest any election opposing the major established parties is exemplary, especially in South Asia where young politicians normally emerge from their own ‘dynasties’, such as Koiralas in Nepal, Gandhis in India, Bhutto Zardaris in Pakistan and Rahman Zias in Bangladesh. The participation of young girl of 21 years from an ordinary family was a good kind of a necessary change by somebody who was determined to bring change to people who she understood well and the people who wanted it. Having grown up in a more cosmopolitan environment the youth today is definitely more liberal, open-minded and lesser inclined to discriminate against ethnicities, castes, family background, sexes, religions, and regions.  Involvement of other young people in other socio-developmental works like supporting the recent flood victims is another exemplary evidence the youth have demonstrated where the government has failed to deliver.

Lack of experience is perhaps what is always made an issue wherever young people try to make a change but then entering into politics is a one-time process and will be balanced with proper guidance and mentorship.  This could be fostered by giving youth representatives a certain quota in politics. Establishing of youth parties as branches of other established parties would also be a good way to get the younger population involved. The question however here is – will any seasoned politicians or policy makers, often accused of nepotism, inside favoritism and Mafioso-style corruption cultivate the youths from outside their own families or are they expected to grow on their own?

UNICEF REPORT: Children Suffering By A Correspondent 1 day, 15 hours ago