With the implementation of new penal codes on August 13, various stakeholders have started protests demanding it be scrapped 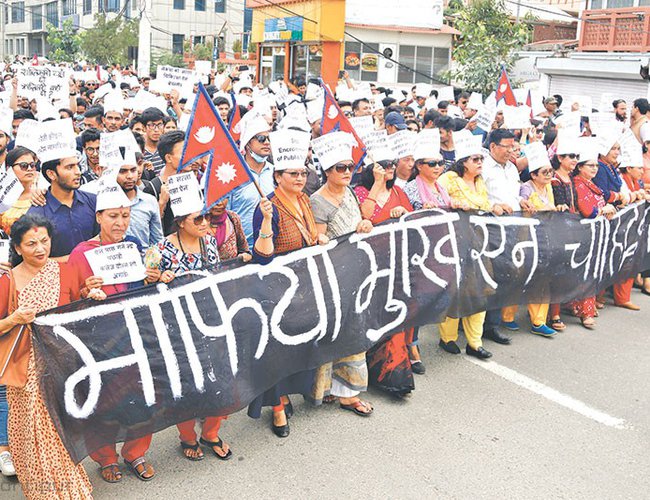 With so many new provisions regarding privacy and defamation, newly introduced Penal Code and Criminal Code have put many restrictions and conditions on freedom of press.

Although the Constitution of Nepal guarantees press freedom as a fundamental right, the penal code and criminal code restrict all kinds of freedom in the name of privacy and dignity of the individual.

Medical practitioners had announced an indefinite strike in the hospitals and launched nationwide protests demanding withdrawal of such provisions.

After an agreement with the Ministry of Health and Population on September 4 to amend the “controversial” provisions of the new penal code and send them to the Ministry of Law, Justice and Parliamentary Affairs, before they are tabled in the Parliament for approval, Nepal Medical Association withdrew the strike.

The Nepal Medical Association has demanded that sections ranging from 230 to 239 of the new penal code are “controversial” and aimed at criminalizing the acts of health professionals, such as by sending doctors behind the bar in case a patient dies during treatment.

They have also demanded that assaults on medical service providers should be taken as “non-bailable offence” in the Medical Professionals and Health Institutions Security Act and Regulation.

“The government will amend the Penal Code as per our request. We will submit the amendments to the law ministry,” said NMA President Dr Mukti Ram Shrestha. According to Shrestha, the medical professionals have proposed that Sections 230, 231 and 239 of the penal code be removed and Sections from 232 to 238 be amended.

Section 232 of the new penal code, for example, states doctors found to have caused death or maimed a patient by reckless acts during the course of treatment could be sent behind bars for up to five years and fined up to Rs 50,000. Section 230 of the code also proposes jail sentence for medical professionals.

“The demands of doctors are genuine and we are concerned about their security and professional image. The code can be amended if the government and lawmakers agree,” said Joint Secretary of the Ministry of Law, Justice and Parliamentary Affairs Ramesh Dhakal.

It took almost four years to prepare the penal code and the drafters of the code claimed that the provisions were debated and discussed in various public fora, including at professional levels.

“The drafters have never discussed this act with the media. I have not participated in any discussion. The provisions of the act have already curtailed media freedom in the country. With the act in the place, free media is impossible,” said Harihar Bihari, former president and chairperson of Press Council Nepal in an interaction organized by Federation of Nepalese Journalists.

FNJ president Govinda Acharya announced that FNJ, after consultations with all stakeholders will launch a nationwide strike in case the government ignored their demands. “The press freedom must be retained,” said Acharya.

They claimed that the two codes had introduced timely changes in the general laws and proceedings and had also accepted modern principles of justice. They spoke of the major provisions of the two codes that were enacted last year.

“The two codes were important laws as they would touch upon the lives of all citizens from children to elderly people alike. The new penal code had increased sentence for serious offences and at the same time introduced the concept of open jail for convicts of minor crimes, parole and probation,” said Shrestha in a recent interaction organized by Nepal Law Society.

According to him the penal code included increased sentence for serious crimes, criminalization of enforced disappearance, torture and discrimination, particularly caste discrimination, incorporation of modern principles of criminal justice system, criminalization of willful transmission of HIV, extraterritorial jurisdiction for crimes committed in foreign countries but punishable by Nepal laws, penalizing malicious prosecution and investigation and adulteration of food.

Regmi said the new civil code had a provision for settling the right to file a case before the case was filed in the courts because that could save courts’ time and resources.

It said the penal code had, for the first time, criminalized more than 70 acts. NLS said there was a provision for providing reasonable compensation to victims of crimes. 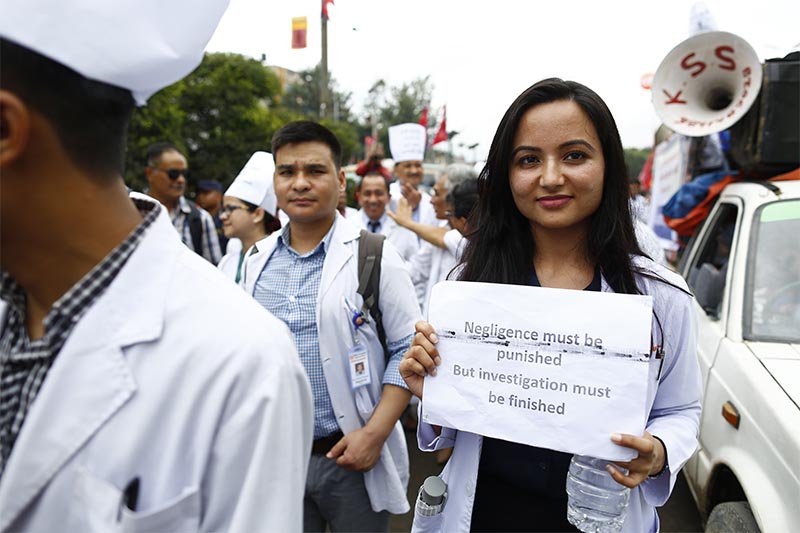 Prime Minister KP Sharma Oli said the two codes were drafted carefully for years and if loopholes were found in them after they were enforced, the government would be ready to amend them. He said some forces were trying to malign the government by calling the enforcement of the codes as ‘government’s totalitarian act.’

As it was expected, the promulgation of new Penal and Criminal Code Act has created a furor in the society. The new penal code and criminal code replaced almost two centuries old Civil Code system of Nepal affecting Nepal’s entire social fabric.

The process of making the code without adequate consultation with the public has exposed the flaws of our lawmaking. Said to have been drafted by experts for new Nepal, the code is only likely to shake Nepal’s social fabric.