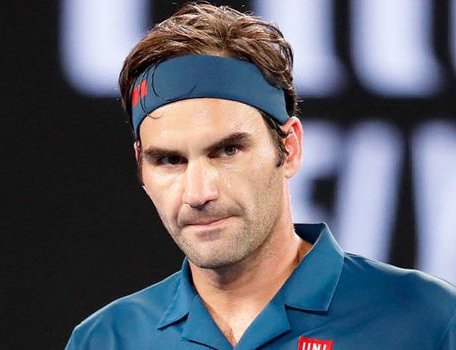 Stefanos Tsitsipas on Sunday stunned the defending champion Roger Federer 6-7, 7-6, 7-5, 7-6 in the men’s singles fourth round at the Australian Open 2019. This is the six-time champion’s earliest exit from Melbourne and from any Grand Slam since 2015.

Federer’s bid for a hat-trick of Australian Open titles came to an end as Tsitsipas became Greece’s first Grand Slam quarter-finalist after winning the match between the oldest and the youngest players that were left in the men’s draw. The 20-time Grand Slam champion failed to convert any of the 12 break points in the thrilling clash that went on for three hours and 45 minutes.

Tsitsipas converted the match point, in the third tiebreak of the match, clinically after Federer slapped a forehand long, forcing a backhand error from the Swiss to ‘become the happiest man on Earth’. Tsitsipas will now face Spain’s 22nd seed Roberto Bautista Agut in the quarterfinals.

After the four-set thriller, the 20-year old Greek, seeded 14, said, “There is no way I can describe it. I am the happiest man on Earth right now. It is very important to have an aggressive mindset. Stay in the moment. Get first serves in, didn’t lose patience. Overall I showed great fighting spirit, determination and the support.”

After his shock defeat, Federer said, “I lost to a better player who was playing very well tonight. Hung in there, gave himself chances at some point, stayed calm. It’s not always easy, especially for younger guys. Credit to him for taking care of that.”