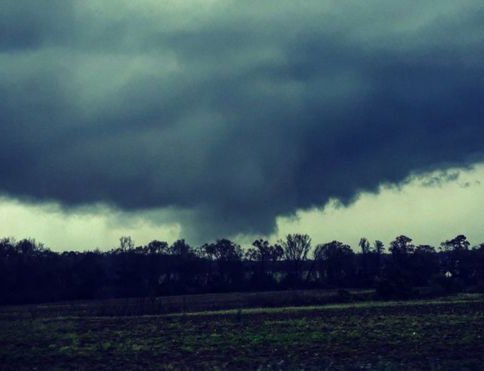 At least 14 people, some children, have been killed after tornadoes struck Lee County, Alabama, authorities said.

Sheriff Jay Jones told local news outlets they were still pulling people from the rubble, and some had been hospitalised with serious injuries.

Alabama Governor Kay Ivey posted on Twitter to warn residents there could be more extreme weather to come.

"Our hearts go out to those who lost their lives in the storms that hit Lee County today," she wrote.

The National Weather Service (NWS) classified the first tornado to strike as at least an EF-3 - meaning winds of up to 165 miles per hour (266km/h).

Sheriff Jones described the damage as "catastrophic", saying one tornado cut a path of destruction quarter of a mile (0.4km) wide and several miles long.

Tornado watches were in effect in parts of Alabama and in Georgia on Sunday evening.

Alabama meteorologist Eric Snitil tweeted that there were more deaths in Lee County in one day due to a tornado than in the entirety of the US in 2018.

More than 10,000 people are without power, according to the local press.

The National Weather Service said it would send three survey teams to assess the damage caused by tornados across the state on Monday.

All schools in Lee County will be closed on Monday, the school district announced.

Holocaust Education And Remembrance In Nepal By NEW SPOTLIGHT ONLINE 4 hours, 26 minutes ago