Congress now faces ‘a real crisis’ of leadership since there is no obvious front-runner to succeed Mr. Gandhi 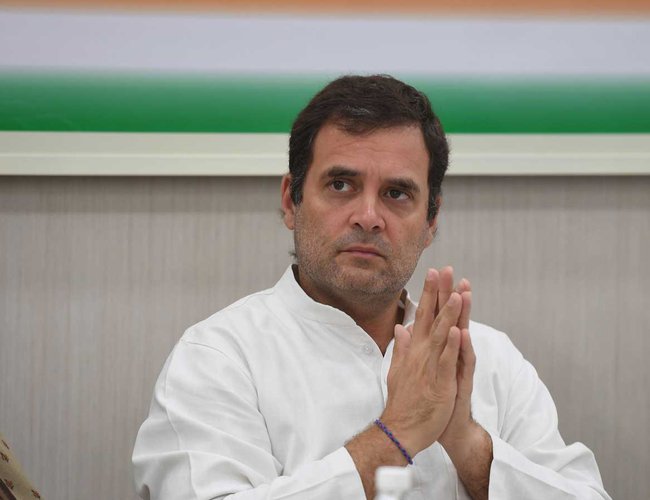 After much speculation, Indian Congress Party President Rahul Gandhi finally resigned from his post earlier this month. Gandhi announced his resignation on Twitter, saying he was stepping down because accountability is ‘critical for the future growth of our party’.

The resignation came on the heels of Congress’s humiliating loss in the general elections where the BJP led by Prime Minister Narendra Modi stormed to victory, winning a massive mandate. Congress now faces ‘a real crisis’ of leadership since there is no obvious front-runner to succeed Mr. Gandhi. With the party without a President and any clear political agenda, there have been claims that it is going through an existential crisis.

But is this really the end of the grand old party?

The surging popularity of the BJP and most importantly, the cult of personality surrounding its Prime Minister Narendra Modi makes it appear that the Congress is going to have to wait for a long time before it can come to the national forefront again. Modi has been hugely popular among the masses despite many claims that the minority groups, particularly Muslims, do not feel safe under his reign. The fact that the BJP managed to garner even more votes than the previous election is a sign of how the star Prime Minister’s popularity has been on the rise. This cult of personality has hugely favored the BJP even regionally which is now ruling 15 of India’s 28 states either alone or through alliance. Clearly, the Modi wave is a huge strength to the BJP which shows no stopping anytime soon.

On the other hand, the Congress has been plagued by a leadership problem since a long time. Ever since Rahul Gandhi has taken the leadership position, he has been subject to criticism for being out of touch with the Indian political scenario and being a rather ‘reluctant leader’. The fact that his family, which has mostly been at the helm of affairs of the party ever since independence, is indeed a worrying sign for the party – no other leaders have been groomed to take up leadership position. Even if some leader does emerge, he is likely to face a lot of resistance from other seniors within the party.

However, it would be foolish to write Congress off simply after simply two consecutive defeats. In the past, the party has shown resilience to bounce back from crises. The example of Congress coming back to power in 1980s after a humiliating defeat just three years earlier should be vivid in the minds of many political commentators. While it is true that the scenario was different back then and Janata Party’s infighting and bickering was the main reason for Congress to come back into power, it cannot be ruled out that the Congress can, in the same manner, come back stronger in 2024 elections – with a more strongly engineered political agenda and by tapping into the ‘incumbency factor’. Many had written off Congress after the 1977 defeat and hardly expected them to be back into power, just three years later.

The story of Congress’s own defeat in 1977 also provides some hope. It was the then Prime Minister Indira Gandhi’s authoritarian tendencies that led to the party’s defeat and the rise of Janata Party. Many of Modi’s (and even BJP President Amit Shah’s) current activities hint that authoritarianism has been on the rise in the country. Liberals from many corners, right from art to politics, have strongly criticized this. If this tendency grows at the same rate – one can expect a similar fate for him that Indira Gandhi met in the 1977 elections.

Moreover, Indian voters in past have produced rather surprising results despite the ruling party doing well. A recent example is that of the 2004 general elections when under the slogan ‘India shining’, the BJP had hoped that a bountiful monsoon, rising growth rates and a nascent peace process with Pakistan, would have persuaded voters to give the then Prime Minister Mr Vajpayee another five years in office. However, BJP received a rude shock when the Congress, headed by Sonia Gandhi, tapped into the rural voters – at least 300 million people – who felt that the BJP rule was only helping the big cities and not doing anything for the poor. Many farmers and rural voters have already started to make similar complaints and the in the next five years, if the Modi government doesn’t do anything for them, a similar situation like that of 2004 can play out.

For now, the Congress needs to ensure a complete overhaul of their system and their agenda to make sure they survive and come back stronger. With legislative elections due in crucial states like Bihar, Assam, Delhi due in 2020 and 2021, the party needs to start soon. 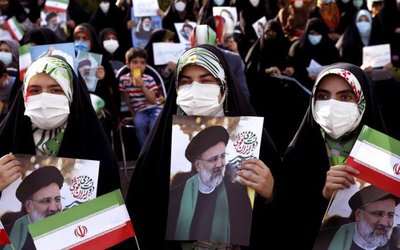 Iranians Vote In Presidential Election Friday By Agencies 2 days ago