A Ray Of Hope

As he completes three years as the managing director of Nepal Electricity Authority (NEA), Kul Man Ghising has proven himself to be a ray of hope for the organization 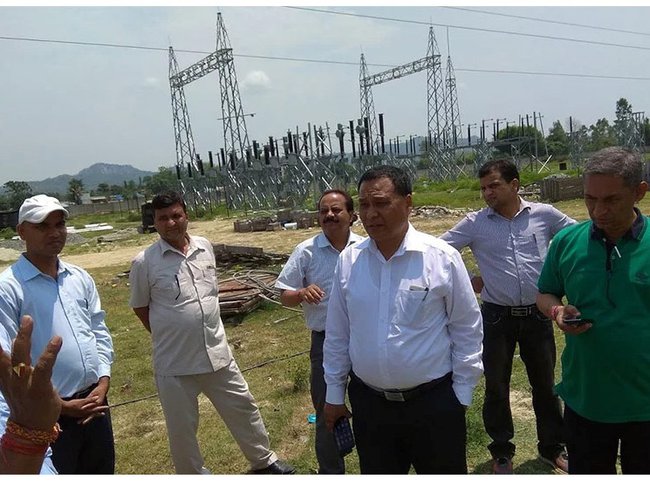 As John F. Kennedy said, "One person can make a difference and everyone should try." This is what NEA's MD Ghising seems to be proving.

Three years is a short period to make things different but Managing Director of NEA Kul Man Ghising has turned his time to make impossible things possible. Starting with almost a deficit of 500MW of energy, Nepal will have surplus energy at the end of this fiscal year.

With the completion of projects like Upper Tamakosi 456, Rasuwagadhi 111, Sanjen and Upper Sanjen and private sectors, NEA will have over 1000 MW energy.

When Kul Man Ghising was appointed managing director of NEA three years ago, Nepal was passing through a severe power cut, with almost 12 hours in summer and over 18 hours in winter. The earthquake badly damaged some of the projects and many projects, including transmission lines, were facing prolonged problems. The power loss was over 25 percent.

There were many challenges before NEA. However, Ghising took up the challenge to clean up the mess with a broader vision to end the power-cut in Nepal forever.

Despite many handicaps and difficulties, Ghising, an electrical engineer from remote village of Ramechhap district, has put Nepal into the country of brightness. Just four months after taking the charge of MD, Ghising announced free of power cut Tihar festival (Festival of Light) in 2016.

Some critics blamed him for taking a populist move. With his managerial and technical skills, he attacked on loopholes within NEA’s distribution system under which a few industrial houses received uninterrupted electricity through dedicated feeder and at the cost of common people and larger industries.

Starting in October 2016, Ghising gradually removed the load shedding throughout the country in a matter of two years. The removal of power cut has provided 2 percent contribution to national economy. According to the World Bank, IMF and Asian Development economic analysis, removal of power cut has immensely contributed to higher economic growth in the last three years.

When Ghising took charge, NEA was facing a huge annual loss almost 4 billion rupees a year. Ghising has slowly changed the status of NEA. Last fiscal year, NEA was one of the profit making government entities, with a net profit of Rs.7.2 billion.

"I have completed my three years tenure. When I took responsibility of MD, there was 8 to 14 hours of load shedding and NEA was suffering net loss of Rs. 9 billion. With the support from NEA's employees, political and administrative leadership, energy minister, energy secretary and consumers, we were able to end the black age and start a brighter age. Three years ago electricity consumption ratio was 150 unit per person but now it has reached 245 unit per person. Even many stalled transmission lines, generation and distribution projects have concluded," said Ghising.

After assuming the post of MD, Ghising completed 30 MW "Chameliya, 60 MW Trishuli 3 A and 14 MW Kulekhani third is final stage of generation. In the last three years, 375 MW power added from Nepalese hydropower projects with 104 MW NEA and 271 independent producers.”

Similarly, the construction of 140 MW Tanahu Hydropower, 40 MW Rahughat and 37 MW Trishuli 3 B is taking place. Shut down after the earthquake of 2015, 456 MW Upper Tamakosi, a national priority project, is at the final stage of completion with the aim to generate power from this fiscal year.

Simialrly, DPR documents of 1060 MW Upper Arun and 845 Dudhkosi storage projects are underway and they looking for financial management. Similarly, 99.6 MW Tamakosi 5 project is under final stage of construction. 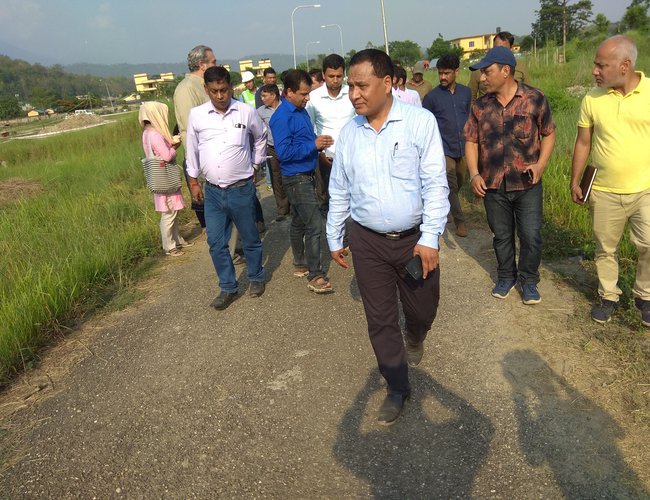 At a time when there are few people in position, who dare to take the responsibility for his or her decision, Managing Director Ghising defended all his decisions taken on his behalf.

Surrounded by almost 100 journalists at a press conference organised to disseminate the information on his three years tenure, Ghising said that he has done nothing wrong or against the interest of the country and institution while taking decisions.

In the last three years, 1712 M.V.A capacity added with new construction and expansion. Out of total population, 78 percent of population are connected to central gird. It was 62 percent three years ago. Now NEA has 4.5 million consumers. As a model project, a contractor has already selected to start Smart Meter system in Kathmandu. The process to turn three phase and TOD meter to smart meter has already accelerated.

The process of underground high-tension lines has already started in Maharajgunj and Ratnapark center. It will be expanded in the future.

To follow the direction of the government and look at the interest of the consumer is the prime part of NEA. To help the government achieve higher economic growth, NEA has not only been generating, transmitting and distributing energy but making the institution disciplined, respected, strong and profitable.

In the past, NEA focused more to end the power cut. Now, NEA will give high priority to strengthen transmission line, distribution line and substation to satisfy consumers.

In the coming days, focus needs to be given to utilize energy hundred percent in domestic sector or export. NEA is committed to supply, save, regular, quality and dependable energy. As per the campaign of government to provide energy to all by 2079 (2022), NEA will also focus programs on supply quality, making it dependable, regular and secure.

Kalikot, Jumla, East Rukum and Bajura will be connected to National grid within this fiscal year. As per the NEA act, 25 percent of the share of NEA will be sold to people.

During his two hours’ long press meet, MD Ghising was frank and transparent. "I don't have anything to hide. My actions and decisions are in front of you," said Ghising.

MD Ghising also shared the credit of current progress with all the employees of NEA. "To make big progress and transform NEA, a single Kulman Ghising is not responsible for it. There are 13000 NEA employees with me to transform NEA. From lower level employees to higher level persons and me, joint efforts and work were responsible for the current success," said MD Ghising. “I am greatful to have such a good team of staffs in NEA who worked together with me to achieve an impossible success."

Replying to queries about his critics, he asked is it a crime to end load shedding or work for the betterment and to give light to the country? “I don't have any bias towards any individual and I always see my critics as my admirers," said MD Ghising.

PPA Will Not Be Signed Without Market Study: Minister Bhusal By NEW SPOTLIGHT ONLINE 3 weeks ago

NEA Needs To Strengthen And Expand Transmission And Distribution System: Experts By Agencies 4 months, 3 weeks ago