Following a long debate and pressure, 175 Nepalese stranded in Wuhan were airlifted. The challenge now is to keep them in quarantine safely 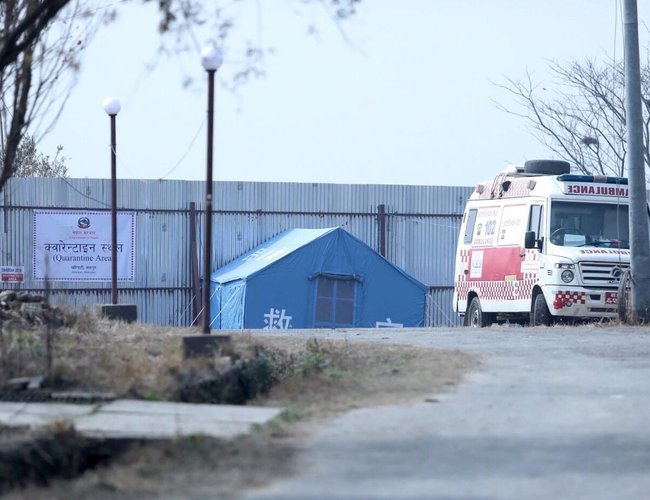 With the landing of Nepal Airlines aircraft at TIA early in a morning from Hubei, China taking 175 Nepalis on board, there is sigh of relief among families of those stranded there.

Families of Nepalese who were pursuing their education in China's Wuhan province staged a sit-in in front of Prime Minister's Residence in Baluwatar pressing the government to bring back their children.

Given the nature of virus and its fast spreading capacity to kill people, there are worries and concerns about Nepal's preparations for handling and containing the disease.

"This is an opportunity to handle this kind of situation and risk regarding the possibility of its escalation to people," said former director of Epidemiology section under the Ministry of Health.

Despite taking every precautionary measure and safety issue, this poses a great threat. If something goes wrong, it will create havoc in the country and damage the image of Nepal.

Conducted under the guidance of World Health Organization, the evacuation of 175 Nepalese was the first major operation. Although Nepal has the experience of evacuating the people and quarantine them like from deadly disease Ebola, it was limited to Nepal Army.

Of the 175 nationals, 170 are students, one employee, two visitors and two children. Health of all 175 people was checked before they boarded the aircraft. 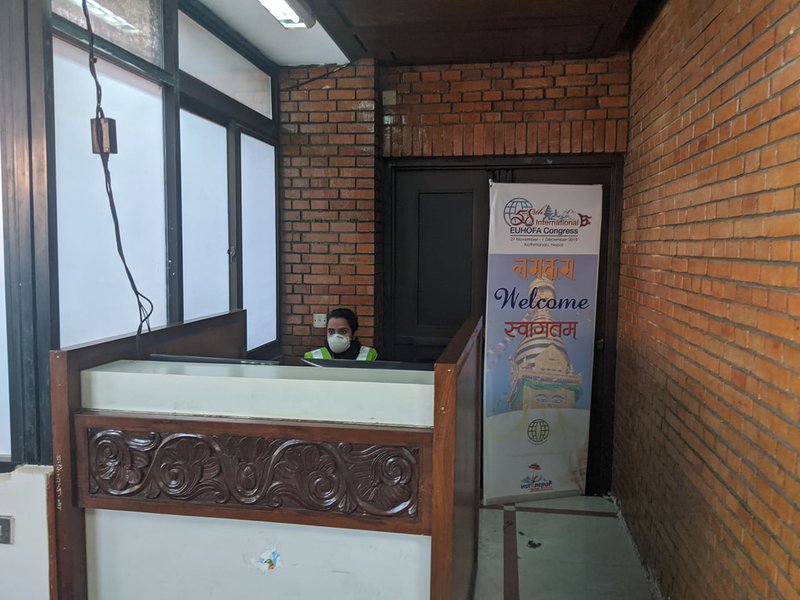 As per a press release issued by Embassy of Nepal, Beijing, out of 185 Nepalese who had filled up the evacuation form, four decided to stay back while six couldn’t board the plane due to medical reasons.

The returnees are now kept at a quarantine set up at the premises of a training centre of Nepal Electricity Authority (NEA). They will be kept there for 14 days.

According to Ministry of Population and Health, all necessary medical arrangements have been made to isolate them for 14 days in the camp. Given the nature of the disease, local people are scared over the possible outbreak and catching of coronavirus.

Those who returned from Wuhan are now in Kharipati in specially arranged medical vehicles for 14 days of quarantine. During the period, no one will be allowed to contact people from outside.

Handing over the place to Nepal Army and Nepal Police, the returnees will have to live in complete quarantine in NEA's Training Center in Kharipati.

Nepalese health officials have also the experiences of dealing with the victims of COVID-19. Treating three Chinese and one Nepali successfully, Sukraraj Tropical and Infectious Disease Hospital has proved its capacity. However, it is yet to handle the case in a broader way.

Three China returnees, who had been admitted to Sukraraj Tropical and Infectious Disease Hospital in suspicion of COVID-19 (coronavirus), are found unaffected with the contagion.

As the health report of all three was negative, they have been discharged from the hospital, informed Dr. Basudev Pandey, Director, Sukraraj Tropical and Infectious Disease Hospital.

According to a daily, director Pandey said that 18 people were tested for coronavirus until now. Out of 18, only one Chinese national tested positive for virus, he added.

“No one was affected by corona virus among those currently admitted in the isolation ward,” Pandey said. The hospital informed that one, who was found to be affected by the virus, was cured.

The Chinese national was kept in isolation ward as his throat swab test revealed that he was positive to coronavirus. He was cured after two weeks of being admitted to the hospital, Dr. Pandey said.

As Nepalese have already been kept in quarantine for 14 days, this new risky experience will enable the Nepalese health officials to deal with more dangerous diseases in the future.

Stay Alert For Rise In COVID Despite Vaccines: WHO By Agencies 10 minutes ago