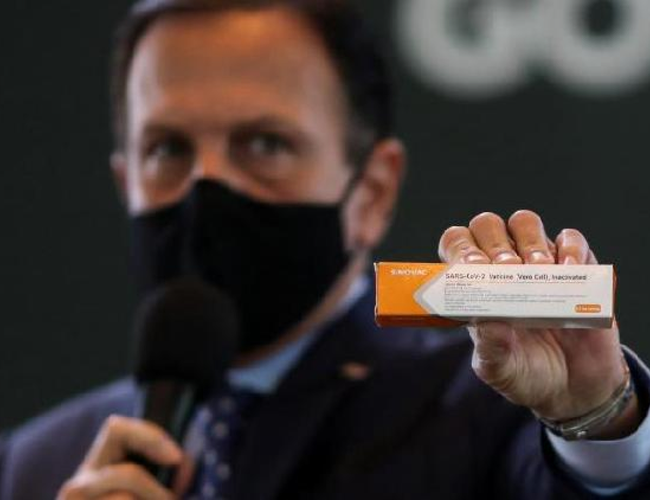 The governor of Brazil's São Paulo state, João Doria, said on Wednesday the state is likely to start to immunize its population with China's Sinovac vaccine for COVID-19 in mid-December, pending regulatory approval.

Brazil has the third-highest number of cases of coronavirus in the world, leading vaccine makers to seek out South America's largest country to test their candidates.

São Paulo is one of the sites of Phase III clinical trials for the Sinovac vaccine conducted by the state's Butantan Institute, a leading biomedical research center.

Doria told a news conference five million doses of the vaccine are expected to arrive in São Paulo, the country's most populous state, in October. The state has a deal with Sinovac for 60 million doses to be delivered by the end of February, which Doria said is enough to vaccinate the state's entire population.

Sinovac's Latin America head, Xing Han, said the results of the Phase III trials should be out in two months.

Brazil's state governments have been aggressive in courting vaccine makers, with Bahia and Parana states striking deals to test and buy or produce the Russian Sputnik 5 vaccine.

The vaccine developed by AstraZeneca and University of Oxford has a production and distribution deal with the federal biomedical research institute Fiocruz and it is also being tested in Brazil by the federal university of Sao Paulo.

Six MoUs Signed Between Nepal And India By Agencies 18 hours, 4 minutes ago