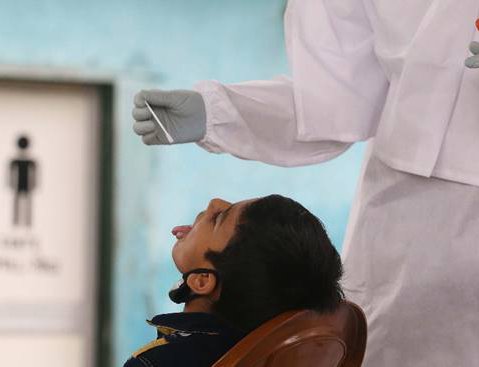 The government has temporarily halted the COVID-19 antigen test among people living around hotspots, which was recently launched and hyped as more efficient, faster and useful for mass testing reports The Himalayan Times.

The daily said that the government had launched the antigen testing programme last Monday from a mobile vehicle driving into major coronavirus hotspots in the capital. The testing, however, didn’t attract people and was halted after two days of operation on Monday and Tuesday.

Epidemiology and Disease Control Division, which launched the programme with the support of Ministry of Health and Population and in collaboration with the valley’s local governments, called to quit the programme for now, stating it needed more time for analysis as to what went wrong during its execution.

Dr Basudev Pandey, head of EDCD, said, “We are currently taking a break to study why people did not participate in the programme even when tests were conducted for free.”

According to the daily, the EDCD, in association with Kathmandu Metropolitan City, had driven their vehicles to five places in Kathmandu that were identified as virus hotspots. But, less than 1,500 people participated in the program, in which swabs were collected in 18 places of KMC wards 4, 7 and 9.

The government had estimated that more than 5,000 people would participate in the program. Only eight per cent of those undergoing the antigen test had tested positive for the virus.

Antigen test is a quicker method to identify virus in the body through nasal swabs. The result of antigen test can come within 30 minutes. The WHO and other international communities, however, have yet to certify antigen test as reliable. International travellers still require PCR test report to travel from one country to another.

Forbes Listed Five Nepalis In Forbes’ 30 Under 30 From Asia By Agencies 11 hours, 58 minutes ago

Department of Passport Continues To Open On Sunday By Agencies 16 hours, 25 minutes ago