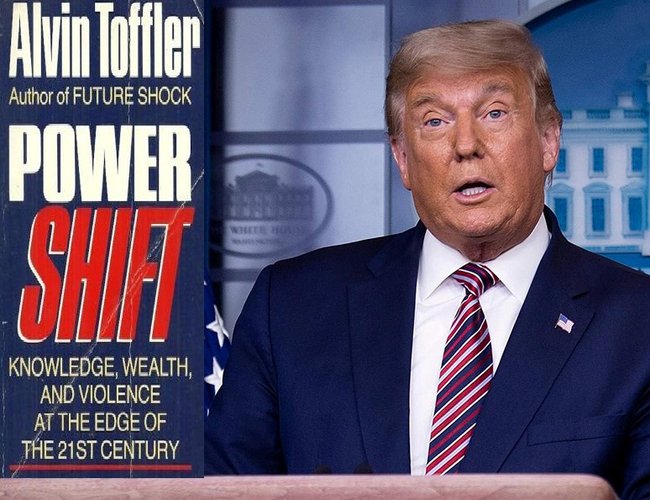 US President Donald Trump has been permanently suspended from Twitter "due to the risk of further incitement of violence", the company says.

Twitter said the decision was made "after close review of recent Tweets from the @realDonaldTrump account and the context around them".

Mr Trump had earlier been locked out of his account for 12 hours.

Twitter warned then that it would ban Mr Trump "permanently" if he breached the platform's rules again.

Reacting to the permanent ban, Trump 2020 campaign adviser Jason Miller tweeted: "Disgusting... if you don't think they're coming for you next, you're wrong."

Also on Friday, Google suspended Parler - a self-styled "free speech" rival to Twitter that is increasingly popular with Trump supporters - from its online store. "We're aware of continued posting in the Parler app that seeks to incite ongoing violence in the US," said Google.

Mr Trump's Twitter ban came on Friday after he tweeted several messages on Wednesday, calling the people who stormed the US Capitol "patriots".

Hundreds of his supporters entered the Capitol building as the US Congress attempted to certify Joe Biden's victory in the presidential election. The ensuing violence led to the deaths of four civilians and a police officer.

The siege took place just hours after Mr Trump addressed supporters and told them: "We will never give up; we will never concede."

On Thursday, Facebook said it had suspended Mr Trump "indefinitely". The popular gaming platform Twitch also placed an indefinite ban on the outgoing president's channel, which he has used for rally broadcasts. So has Snapchat.

Though critics said the posts were a torrent of misinformation, the medium allowed him to bypass mainstream media and instantly connect with nearly 89 million followers.

His tweets were also known for the occasional spelling error, and he sometimes left followers guessing with apparent mis-types, such as when he posted, "Despite the constant negative press covfefe".