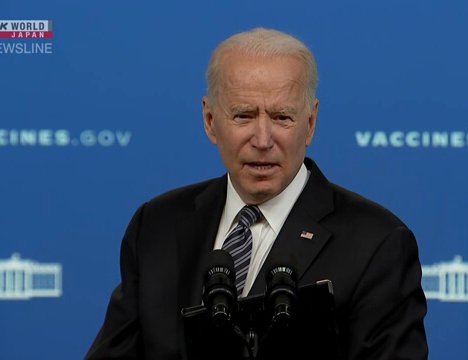 US President Joe Biden's administration has unveiled its budget plan for the fiscal year starting in October.

The plan released on Friday calls for an expenditure of over 6 trillion dollars in fiscal 2022, the highest federal spending level since the end of World War Two.

The administration is requesting 84 billion dollars for job creation efforts to help the middle class, and 16 billion dollars in tax cuts for households with young children. It also includes allocations to pay for education support measures, such as tuition-free classes.

The spending would lead to high levels of debt, which the administration plans to cover by increasing taxes on corporations and the wealthy.

The plan will be reviewed by Congress. It has drawn criticism from opposition Republicans who say the high spending would damage the economy.

The administration has shown a willingness to compromise with Congress, notably when it sharply reduced a budget for infrastructure building.