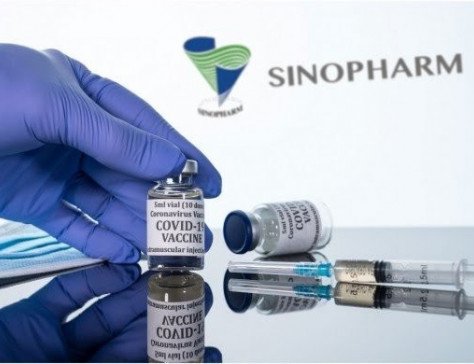 Ministry of Health and Population said that it will administer one million doses of COVID-19 vaccines provided by the government of China under grant assistance to the citizens as a single dose.

The A330 wide-body aircraft of Nepal Airlines Corporation is flying to China at 11:30 pm today to bring the 800,000 doses of Vero Cell vaccines in the first phase. The plane will land in Kathmandu at around 2:00 pm on Tuesday afternoon.

Dr. Jhalak Sharma Gautam, chief of the national immunisation programme under the Ministry of Health and Population said that the Vero Cell vaccine would be provided to those citizens who have not received the jab yet.

In this regard, MoHP had called everyone above 18 years of age to fill-up the form to receive the first dose of vaccine against COVID-19.

Dr. Gautam said that preparations were being made to kick off the immunisation drive as soon as the ongoing second dose vaccination drive ends.

The vaccine, which is manufactured by the Beijing Institute of Biological Products Co Ltd (BIBP), China, under Sinopharm, was approved for emergency use against Covid-19 in Nepal on February 17.

The first batch of the Vaccines, also donated by the Chinese government, had arrived in the country on March 29.The inoculation drive to administer first dose began on April 9 where as the second dose was administered in Kathmandu including few places in Bhaktapur and in Kavrepalanchok on May 16.