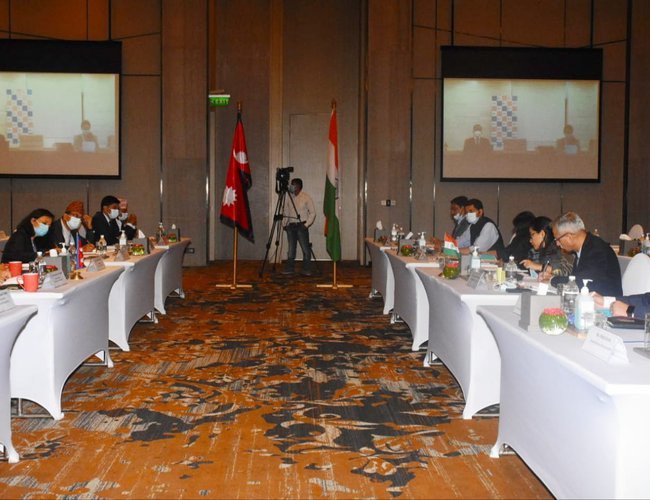 With the establishment of Oversight Mechanism (OSM) and holding of meetings regularly, the pace of Nepal-India cooperation has intensified and this has helped project implementation and resolution of the ground level issues.

At a time when India has been providing support to Nepal in various development sectors through different channels, both the sides realize the need for a better coordination. The OSM is a response to the need.

To review the projects and their progress, Nepal and India held the OSM meeting recently. Co-chaired by foreign secretary Bharat Raj Paudyal and Ambassador of India to Nepal Vinay Mohan Kwatra, the meeting carried out a comprehensive review of bilateral cooperation projects since its 8th meeting held on 17thAugust 2020. Both sides deliberated on the issues at length and agreed to expedite the implementation of the projects. The meeting was held in Kathmandu

Nepal and India agreed to follow up on the decisions of Oversight Mechanism (OSM) through regular co-ordination to support project implementation and resolve ground-level issues.

According to a press release, both chairs also noted with appreciation COVID-19 related cooperation, including supply of medicines, medical equipment, beds, ICU, ventilators, and vaccines to Nepal by India.

The OSM Mechanism was set up in 2016 to monitor the progress of various India assisted projects and initiatives. The meeting was attended by representatives of various Ministries, Departments and Agencies of Government of Nepal, Officers of the Embassy of India in Kathmandu, Consultants, Contractors and other stakeholders engaged in implementation of the projects.

The co-chairs noted the progress made in various development projects in the last one year, despite the constraints posed by the COVID-pandemic. They discussed the strength and resolve of the bilateral partnership and the proactive support and facilitation extended by both sides.

The meeting recognized the progress in reconstruction of houses in Gorkha and Nuwakot which is almost nearing completion of 13 road packages in Terai area of Nepal, satisfactory progress in Arun-III project as well in most of the road and transmission line projects under Government of India’s Lines of Credit and commencement of construction of Integrated Check Post at Nepalgunj.

Both co-chairs agreed to hold the next meeting of the Oversight Mechanism on a mutually convenient date. Given the last few years’ experiences, what one can see is the high level of progress in the projects at the ground. Establishment of OSM and its regular meeting has made a drastic change in the project implementation.