Despite undertaking several efforts to empower women, the number of cases related to Gender Based Violence (GBV) continues to increase 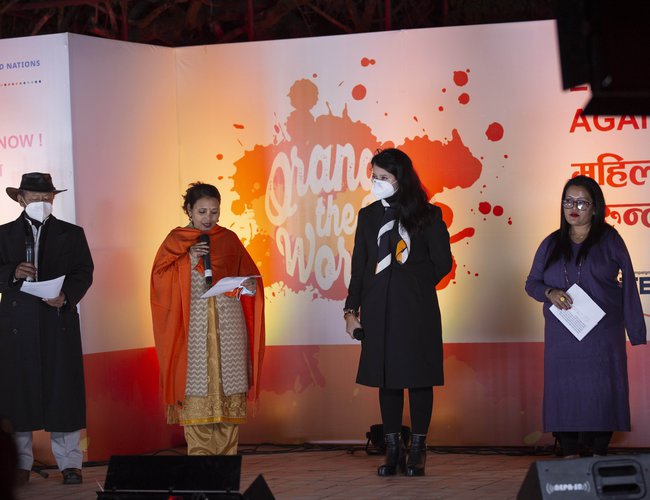 On the day when survivors of gender-based violence and gender rights activists in Nepal were sharing their own experiences calling for inclusive approaches and comprehensive reforms to eliminate gender-based violence prioritizing the most marginalized women and girls, police arrested three persons involved in rape against a minor in Raitahat.

Although almost every day newspapers report the cases related to GBV, the particular case has meaning as it occurred on the International Day for the Elimination of Violence against Women and start of 16 Days of Activism against Gender Based Violence.

With adequate legal tools, Nepal Police has been effectively taking action against GBV. However, survivors, gender equality activists and representatives from the UN, development partners, and the government came together to commit to taking action to end gender-based violence now!

The event, streamed live from Patan Museum Courtyard, gave a center stage to the stories of GBV survivors as well as to gender equality activists to present a joint statement calling for inclusive and comprehensive reforms to eliminate gender-based violence.

Jenny Khadka, an acid-attack survivor, emphasized everyone’s role in preventing gender-based violence. Ashmita Badi, a poet from Surkhet reiterated how patriarchy stands in the way of a world free of violence. Sharmila Thapa, a Nurse and a Member of the Trade Union questioned the normalization of GBV at the workplace. Similarly, Babita Rai, Feminist Writer, shared about sexual harassment and urged for a world free of violence. Lastly, Kathak dancer Subima Shrestha portrayed the grief and perseverance of Gauri Bista, a survivor of domestic violence and women’s rights activist from Doti, through her dance in the song written by Bista herself. Through their stories, the advocates called for urgent action to change discriminatory social norms, policies and laws to prevent gender-based violence.

The cases of gender-based violence’s have been increasing annually as per the reports from Nepal Police. According to the three years study done by Nepal Police from 2018- 2021 total 8571 cases of sexual violence (mainly rape, attempt to rape, child sexual abuse), 209 cases of child marriage, 38737 cases of domestic violence have been registered across Nepal. Review the status of limitations of sexual abuse of children to ensure cases can be brought against offenders.

A study highlighted that gender-based violence and gender equality funds are not currently operational. Those that are functioning to a degree – such as the GBV Elimination Fund and the Rehabilitation Fund – exist at the federal level and not at the provincial or local level, which restricts women’s access to these funds. In this context, there is an urgent need to make funds available and ensure that women have access to essential services, including gender-based violence services. There is an urgent need for gender responsive budgeting and tracking allocations for gender equality and for achievement of Sustainable Development Goal 5 – Gender Equality. A coordinated, multi-level and multi-sectoral approach is recommended to prevent and respond to the potential increase in gender-based violence in Nepal. 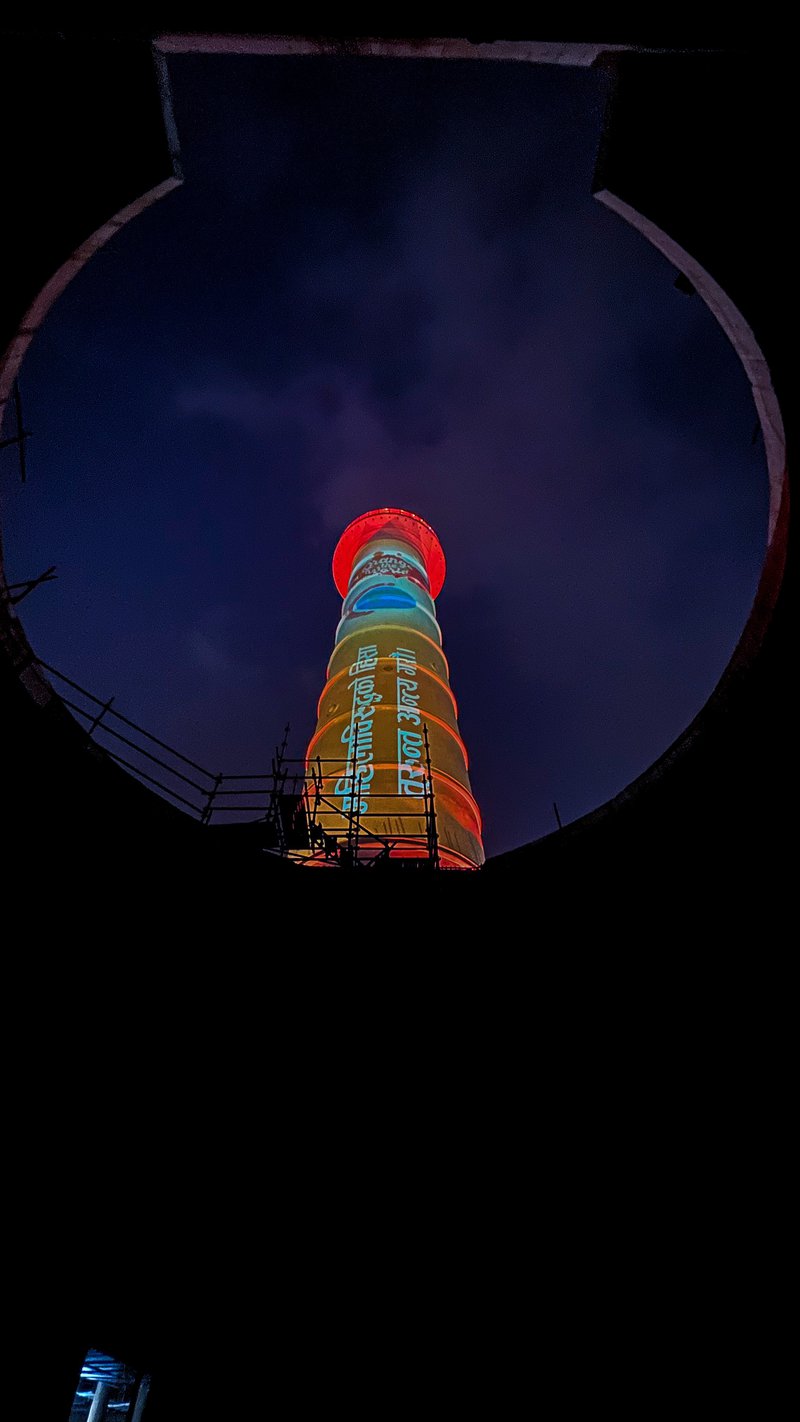 They seek to amplify efforts to end violence against women and girls with intersectional identities (such as caste/ethnicity, religion, geography, disability, gender and sexual minority) through interventions and policy reform tailored to their specific needs and strengthen and intensify response services to GBV through the establishment of fast track courts, well-functioning multi-sectoral support system (e.g., health, legal aid, shelter homes, psychosocial support, and interpretation services) and increase access to these services for service-seekers focusing on needs of women and girls from marginalized communities.

Speaking at the event, Excellency Nona Deprez, European Union Ambassador, Development Partner’s Group Co-chair and representing bilateral development partners expressed, “Ending gender-based violence is non-negotiable. Nepal has worked really hard to have a strong legal framework to combat GBV, which is a real achievement but there is still so much work to be done. It is important to break the cycle of violence”.

During the program, Under-Secretary Ram Hari Sharma from the Ministry of Home Affairs shared that the Ministry has initiated discussions to formulate law related to acid attack as the previous ordinances related to acid attack issued has become ineffective. Dipti Karki, Deputy Superintendent of Police, also shared her commitments to end violence against women and girls.

Wrapping up the commemoration event, the UN Country Team lit up Patan Durbar Square Museum and Dharahara in orange, the official color of the UNiTE campaign that symbolizes hope and a country free of violence. 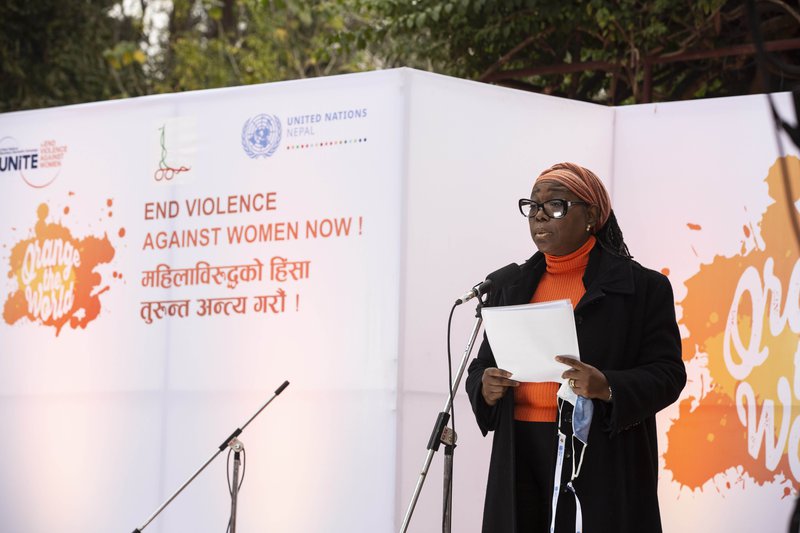 The 16 Days of Activism against Gender-Based Violence is an international campaign which takes place each year. It commences on 25 November, the International Day for the Elimination of Violence against Women, to 10 December, Human Rights Day.

As a unifying theme running global activities, the UNiTE campaign has utilized the color orange to represent a brighter future, free from violence against women and girls. The UN Country Team (UNCT) in Nepal has marked 16 days campaign with awareness building and advocacy campaigns across Nepal.

Some of the key activities undertaken were ‘oranging’ monuments and provincial buildings, engaging audience across Nepal through films, social media, and radio campaigns. In Nepal, the UN Country Team (UNCT) has marked the campaign during the past years, including ‘oranging’ of Patan Darbar Square (2016), Lumbini (2017), Provincial Parliament Buildings (2018), Women’s March in Janakpur (2019), and an online dialogue on ‘The Role of Media in Changing Mindsets: One story of gender-based violence is one story too many’ (2020).