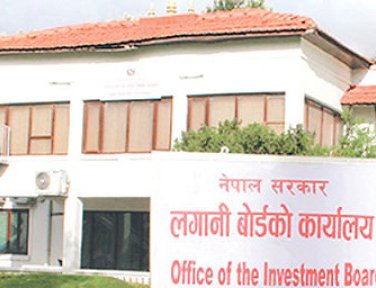 According to The Investment Board of Nepal (IBN), a meeting of the IBN chaired by Prime Minister Sher Bahadur Deuba on Tuesday approved the feasibility study of the project with an estimated cost of Rs. 23 billion. The CEL is an Indian government-owned enterprise under the Ministry of Science and Technology.

According to Ramesh Adhikari, Deputy Spokesperson for the IBN, the approval is the first step to the project development and timeline for the study would be set while signing a Memorandum of Understanding with the CEL later. It is expected that the feasibility study would complete in 12-15 months.

Likewise, the meeting approved Rs. 9.68 billion investment to be made by Dabur Nepal Pvt. Ltd., an Indian investment enterprise running manufacturing business in herbs and medicine sector in Nepal, for its capacity enhancement and product diversification.

It also approved the inception report of the SJVN Limited India for the development of the Lower Arun Hydroelectricity Project in the BOOT (Build, Own, Operate and Transfer) model.

SJVN India is the company selected for the development of the project under this modality, said the IBN, a one-door agency established to attract and facilitate foreign and domestic investments in large projects.

The meeting also allowed the IBN to be the member of the Geneva-based World Association of PPP Units and Professionals (WAPPP) and decided to publish the comparative study report for the establishment of chemical fertiliser plant. It was prepared by the IBN itself.

World Bank Vice President: Federalism Is A Good Foundation For A Green, Resilient, And Inclusive Nepal By NEW SPOTLIGHT ONLINE 5 days, 12 hours ago