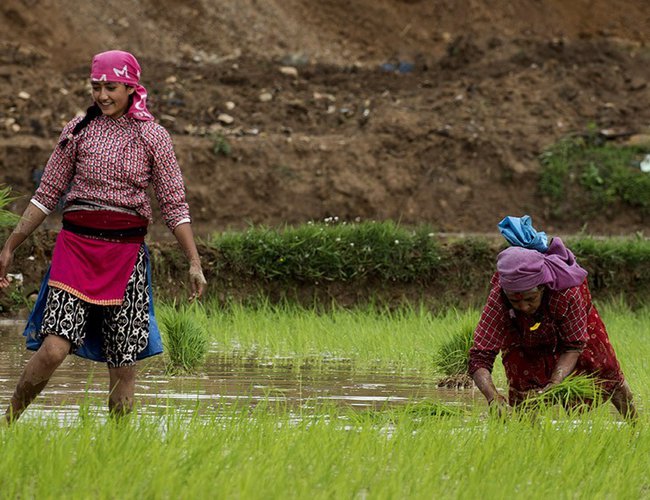 Paddy plantation is going on in full swing across the country, thanks to the timely and regular rainfall.

According to the statistic of the Department of Agriculture, under the Ministry of Agriculture and Livestock Development, paddy plantation in around 44 per cent of the total paddy fields has been completed by Monday (July 4, 2022).

Out of 1.37 million hectares of paddy fields across the country, plantation has already been completed in around 6,028,000 hectares so far.

“Paddy plantation across the country is moving in an encouraging way due to timely and regular rainfall everywhere,” said Dr. Rewati Raman Paudel, Director General of the Department of Agriculture.

However, paddy plantation has slightly decreased – by 12 per cent – this year compared with the same period last year due to low rainfall in some districts and short supply of chemical fertiliser.

Plantation had completed in around 56 per cent of total paddy fields in the same period last year.

“Present improvement in supply of fertilisers, monsoon and rainfall show an encouraging progress in paddy plantation lately. However, further rainfall will determine the total paddy plantation area and production for this year,” he said. He said that planting was estimated to be on par with last year’s and that about 98 per cent of the land was planted last year.

With 20 per cent, Madhesh province is at the bottom of the list. Likewise, those figures for Province 1 and Bagmati province are 31.69 per cent and 43 per cent respectively.