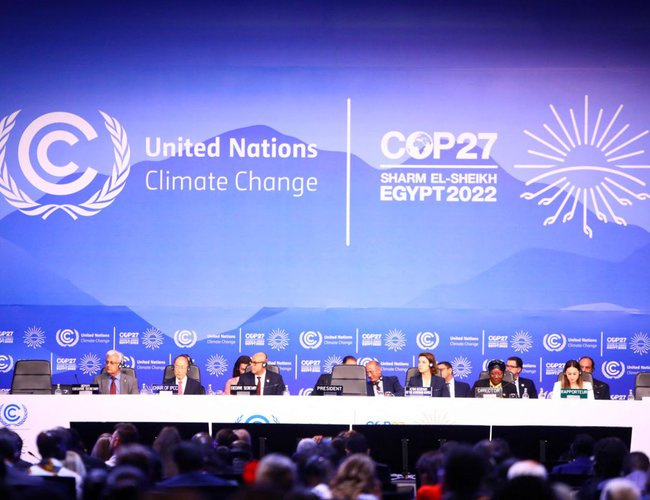 The UN climate conference COP27 has opened in Egypt, with international unity to address global warming at stake.

Delegates from more than 190 countries and territories gathered for the annual event in the eastern city of Sharm el-Sheikh on Sunday.

The participants at last year's conference agreed to pursue efforts to limit the global average temperature increase to 1.5 degrees Celsius above pre-industrial levels.

But the latest UN analysis suggests that the current pace of greenhouse gas emission cuts will allow the average temperature to rise by about 2.5 degrees by the end of the 21st century.

US President Joe Biden is scheduled to join the conference from Friday.

The climate meeting is being held in the face of the deepening rift between the West and Russia over Moscow's invasion of Ukraine.

The energy crisis brought by the invasion has prompted some countries to expand the use of coal, which emits more greenhouse gases.

The question is whether the participants can send a unified message to step up measures to tackle climate change.