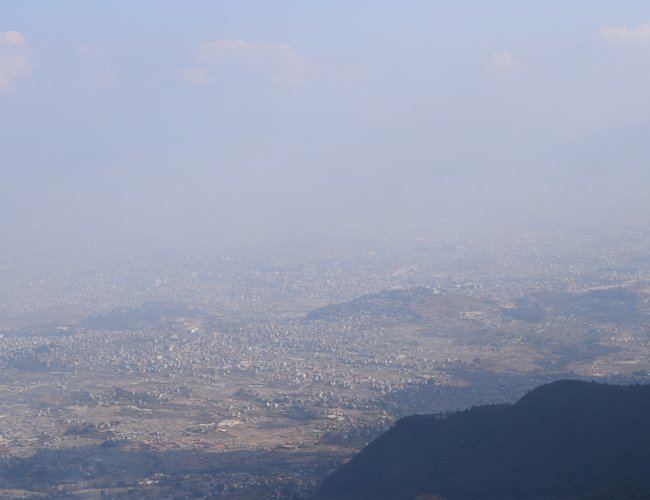 The temperature in the Kathmandu Valley dropped to 4.3 degrees Celsius on Sunday, the lowest of this season so far. According to the Meteorological Forecasting Division, under the Department of Hydrology and Meteorology (DHM), the temperature will decrease gradually in most parts of the country, including the Terai, where there is a possibility of dense fog.

The valley will be covered with fog and haze in the morning, and dust particles with pollution will affect the valley during the winter season as there is no chance of rainfall soon, the DHM said.

Barun Poudel, a senior meteorologist at the DHM said, at present, the western low-pressure system is affecting the country. He said that the temperature in the valley recorded the lowest temperature of the season on Sunday. Temperatures will decrease gradually by January 15, he added.

DoHM Urges People In Terai To Take Precautions Against Hazy And Smoggy Weather By Agencies 4 days, 8 hours ago