US Imposes New Tariffs On $200Bn Of Chinese Goods

US Imposes New Tariffs On $200Bn Of Chinese Goods 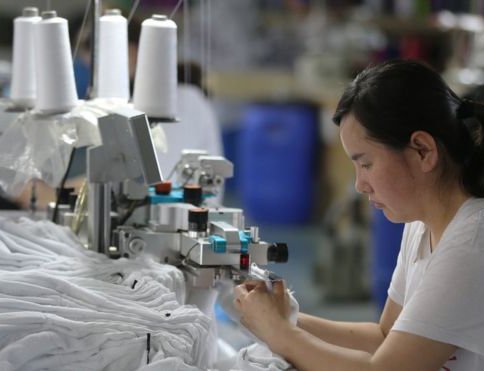 The US is imposing new tariffs on $200bn (£150bn) worth of Chinese goods as it escalates its trade war with Beijing.

The higher import taxes will apply to almost 6,000 items, marking the biggest round of US tariffs so far.

Handbags, rice and textiles will be included, but some items expected to be targeted such as smart watches and high chairs have been excluded.

China has previously vowed to retaliate against any further US tariffs.

The taxes will take effect from 24 September, starting at 10% and increasing to 25% from the start of next year unless the two countries agree a deal.

President Donald Trump said the latest round of tariffs was in response to China's "unfair trade practices, including subsidies and rules that require foreign companies in some sectors to bring on local partners.

"We have been very clear about the type of changes that need to be made, and we have given China every opportunity to treat us more fairly.

"But, so far, China has been unwilling to change its practices," he said.

He also warned that if China retaliated then the US would "immediately pursue phase three" which would mean imposing further tariffs with taxes on another $267bn worth of Chinese products.

If he does go ahead with a further $267bn worth of tariffs, it would mean virtually all of China's US exports would be subject to new duties.

Officials have said they want to shield consumer goods from the taxes as much as possible.

But many everyday items such as suitcases, handbags, toilet paper and wool are included in this latest round of tariffs.

The list also includes several food items from frozen cuts of meat, to almost all types of fish from smoked mackerel to scallops and soybeans, various types of fruit and cereal and rice.

Products that help computer networks operate, such as routers, are also targeted.

Japan To Lift State Of Emergency For All Areas By NEW SPOTLIGHT ONLINE 11 hours, 14 minutes ago

WHO Assembly Adopts Resolution For Inquiry By NEW SPOTLIGHT ONLINE 5 days, 11 hours ago