In a sharply-worded editorial, China Daily has said, commenting on India's foreign relations with its neighbors, that "speculation and suspicion" is "certainly not diplomacy". 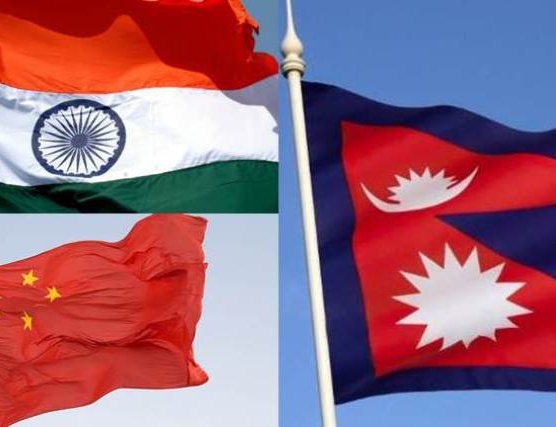 In a sharply-worded editorial, China Daily has said, commenting on India's foreign relations with its neighbors, that "speculation and suspicion" is "certainly not diplomacy".

Published in "China Daily", the largest circulating English newspaper with branches across the world, the editorial notes (September 20) that "several recent events" in Nepal and Bhutan, are "gnawing worrywarts in New Delhi"

The first is worrying perhaps because it was held days after Kathmandu withdrew from a major joint military exercise in India. The second because such access may reduces Nepal's reliance on Indian ports. The third sounds a little too weird, with some in India speculating one of the two candidates in the second round may seek to forge ties with China. The reason: he met with the Chinese premier in 2012 as prime minister of Bhutan.

Some Indian observers are so nervous that they are warning about their country's two immediate neighbors distancing themselves from New Delhi and embracing Beijing. They are worrying too much. The China-Nepal joint military drill is for anti-terrorism and disaster management purposes.

Bhutan, as a sovereign state, knows where it stands, and has balanced itself quite well - between China and India.

Nepal and Bhutan have not only maintained traditional closeness with India, but also maneuvered a balance in relations with their other neighbor. This is consistent with Chinese foreign policy on neighboring countries. That's why despite the absence of diplomatic ties, Bhutan and China have been on good terms.

Some people in New Delhi may have difficulty accepting the two countries developing better relations with China. However, aside from whether their country is in a position to dictate other countries' diplomatic preferences, it is unfair to blame their own "diplomatic failure" on Beijing, an uninvolved party.

Rumors have linked Nepal's withdrawal from a joint drill with India to a two-month economic blockade by New Delhi in 2015, ostensibly because of Nepal's attempt to amend its Constitution. The pro-India candidate lost in the Bhutan election possibly because India withdrew fuel subsidies, allegedly to punish Bhutan for that 2012 meeting.

Beijing has never concealed its enthusiasm about its Belt and Road Initiative, and welcomes all countries to participate in and benefit from the connectivity project.

The question is: Do other countries need India's consent to take part in it? The editor of a Bhutanese newspaper has reportedly asked the Indian media and decision-makers to avoid excessive bigotry and suspicion. Which sounds like good advice.

COVID-19: Number Of Children Living In Household Poverty To Soar By Up To 86 Million By End Of Year By NEW SPOTLIGHT ONLINE 6 hours, 40 minutes ago

Twelve Nepali Migrant Returnees Killed and 20 Injured In a Bus Accident In Banke By NEW SPOTLIGHT ONLINE 16 hours, 50 minutes ago