Too Much Sleep May Lead To Early Death: Study

Too Much Sleep May Lead To Early Death: Study 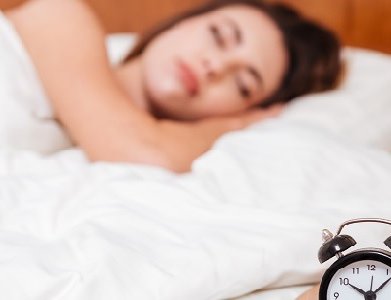 While we have a tendency to stay tucked in under our blankets during the winter months, turns out it might not be a good thing healthwise. According to a new global study published in the European Heart Journal, sleep exceeding the recommended six to eight hours per night for adults may lead to an increased risk of early mortality and cardiovascular disease.

“Sleep is essential to human health, and people spend about a third of their hours sleeping. It is increasingly regarded as an important lifestyle behaviour that can affect cardiovascular disease (CVD) and death. Sleep deprivation could increase the risk of cardiovascular outcomes by reduced energy expenditure, up-regulation of appetite, and altered glucose metabolism. Some studies also found that people with excessive sleep are at greater risk of CVDs or death”, the study stated.

For the purpose of the study, led by Chuangshi Wang of China’s McMaster and Peking Union Medical College, the team of researchers examined sleep data of 116,632 adults from 21 countries with different income levels in seven geographic regions. These countries were classified based on gross national income per capita from the World Bank classification at the beginning of the study. There were four high-income countries (Canada, Sweden, Saudi Arabia, and United Arab Emirates), 12 middle-income countries (Argentina, Brazil, Chile, China, Colombia, Iran, Malaysia, Palestine, Philippines, Poland, South Africa, and Turkey), and five low-income countries (Bangladesh, India, Pakistan, Tanzania, and Zimbabwe).

“Standardized questionnaires (same questions using local languages in different countries) were used to obtain information about demographic factors, socioeconomic status, lifestyle behaviours (sleep duration, smoking, alcohol consumption, physical activity, and diet), disease history, family history of diseases, and medication use at baseline and these parameters were assessed over a span of about 7.8 years”, as per the study.

The study concluded that people who slept more than the highest recommended amount (that is, eight hours every day) had an increased risk of experiencing heart failure and stroke. These individuals also had an increased risk of mortality by up to 41 per cent. The risk further rose with more sleep. The findings also showed that those who slept more than six hours per night along with napping during the day also had increased risks of disease and early death compared to those who napped but slept less than six hours per night.

According to a report in the CNN, “the main finding, according to Wang, is that six to eight hours per day is the optimal duration of sleep”.

WHO Advice For International Traffic In Relation To The Outbreak Of The Novel Coronavirus 2019-nCoV By NEW SPOTLIGHT ONLINE 1 day, 20 hours ago