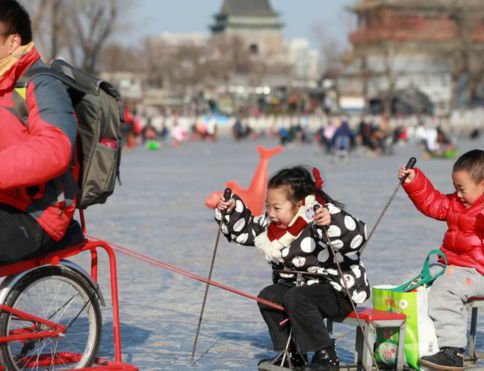 China's population will peak in 2029 at 1.44 billion before beginning a period of "unstoppable" decline, a government report says.

The China Academy of Social Sciences (CASS) study says the country must implement policies to handle a smaller workforce and an older population.

Both changes combined could cause "very unfavourable social and economic consequences", the report says.

Latest UN estimates say China has a population of 1.41 billion.

In 2015 the world's most populous country ended its one-child policy in a bid to tackle the problems.

The study appears in CASS's Green Book of Population and Labour.

Working population numbers were now stagnating, it said, with a low fertility rate set to cause further issues.

By the middle of the century, China's population is expected to drop to 1.36 billion - a fall in the labour force of close to 200 million. 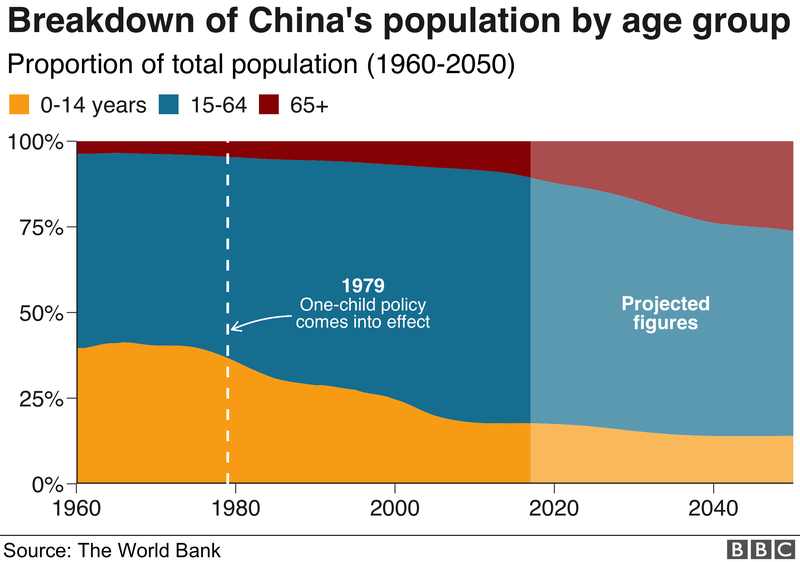 If fertility rates stay low, the population could drop as low as 1.17 billion by 2065.

The study also predicted a rise in the dependency rate, meaning the proportion of non-working people like the elderly and children.

While relaxing the one-child policy will help long-term, in the short term it will create more dependents, according to the report.

Previous forecasts reportedly suggest China's elderly population could hit 400 million by 2035, up from 240 million in 2017.

Situation In China-India Border Area Is Stable And Under Control: Chinese Foreign Ministry By NEW SPOTLIGHT ONLINE 3 days, 18 hours ago

Japan To Lift State Of Emergency For All Areas By NEW SPOTLIGHT ONLINE 6 days, 17 hours ago