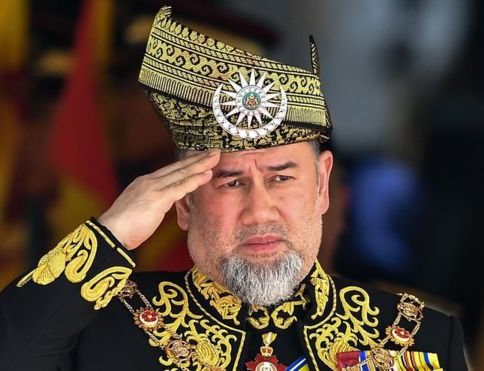 No Malaysian monarch has stepped away from the throne since the country gained independence from the UK more than 60 years ago.

The National Palace did not give a reason for his resignation but said it would take effect immediately.

It comes amid intense speculation about Muhammad V's private life following reports that he has married a Russian.

He went on medical leave in November and, later that month, photographs emerged that appeared to show him marrying a former Miss Moscow in the Russian capital.

"His majesty tells the people of Malaysia to continue to be united to maintain unity, tolerance, and work together," a statement from the palace said.

It added that the king, who took the throne in December 2016, was "ready to return home to the state of Kelantan".

He may serve as acting king before a new monarch is selected by the Council of Rulers, the Straits Times reports.

Muhammad V, who was just 47 when he became king, has garnered a reputation for having relatively youthful interests.

He is keen on extreme sports like off-road driving, shooting and endurance challenges.

Malaysia is the only country in the world to have a rotational monarchy, in place since the country became independent in 1957. 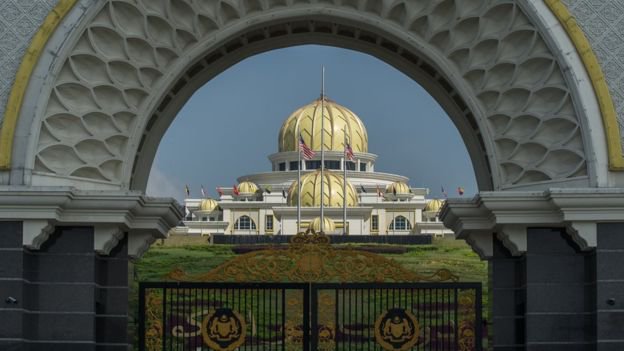 The top job is passed between nine hereditary state rulers, with a rotation happening once every five years.

But it is largely ceremonial, with power in the hands of parliament and the prime minister.

Despite this, the role is accorded considerable prestige, particularly among the country's Malay Muslim majority, for whom the king is seen as upholding Malay and Islamic tradition. Criticism deemed to incite contempt of the king can attract a jail term.

The current Prime Minister Mahathir Mohamad, who returned to office in a shock election victory last May, had a tense relationship with the Sultans during his previous governments, when he attempted to limit their authority, the BBC's Jonathan Head reports.

Last week, he warned that all Malaysians must be bound by the law, whatever their status, our correspondent adds.

US Jet Crashed In Taliban Territory By NEW SPOTLIGHT ONLINE 8 hours, 38 minutes ago