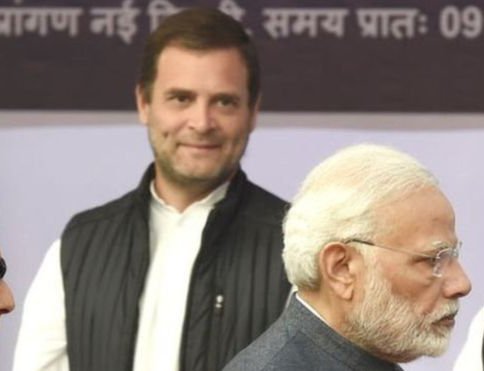 One of the most memorable moments in parliament last year was when Rahul Gandhi walked over to Prime Minister Narendra Modi and gave him a hug during a session in July. The hug that took everyone by surprise, including the Prime Minister, was the first of the many times that Rahul Gandhi took shots at the BJP for allegedly spreading hatred.

"You can abuse me, you can call me Pappu, but I don't have a speck of hatred against you. I will take out this hatred out of you and turn it into love. I am the Congress," Rahul Gandhi had said during the no-confidence motion in parliament.

Today, during an interaction with students at "Shiksha, Disha aur Dasha" event in Delhi, the Congress chief referenced that moment.

"If somebody hates you, go and hug that person. Believe me, it's magic. Talk to that person nicely and then see what happens. When I hugged Modi, I felt that he was surprised to see that he too was loved. I don't hate Modi. I hugged Modi to end hatred. The reality is Modi needs love," Gandhi said. 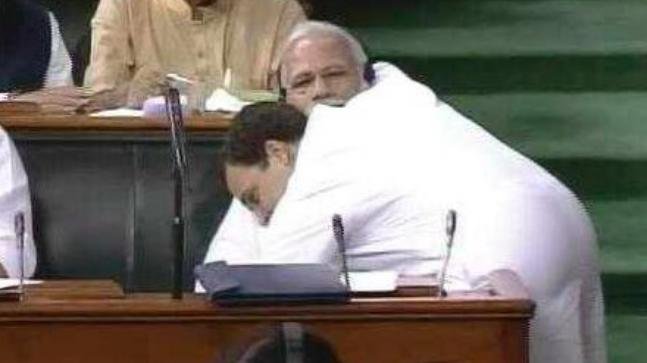 "Nothing can be solved by violence. It can only be solved with love. If you look at the history of this country and look at the philosophy of Gandhi, Mahaveer, Buddha, Ashoka, they all preached love and non-violence. This was the same philosophy when I hugged Modi, while he was abusing me and my family," he was quoted by ANI as saying.

"If Prime Minister condemns the atmosphere of hatred, then, naturally the anger in the nation will reduce. According to me, the leadership should guide the nation," Gandhi added.

In his final speech in parliament earlier this year, the Prime Minister mentioned the hug saying, "I came here for the first time and learnt many things. For the first time, I realised the difference between gale lagna and gale padna (an embrace and someone throwing themselves at you)."

The BJP had dismissed Gandhi's gesture in the Lok Sabha as childish and insincere, citing the wink that Gandhi gave to a fellow lawmaker upon returning to his seat.

Situation In China-India Border Area Is Stable And Under Control: Chinese Foreign Ministry By NEW SPOTLIGHT ONLINE 4 days, 18 hours ago