Three Dead, 32 Injured In A Bus Accident In Doti

Three Dead, 32 Injured In A Bus Accident In Doti 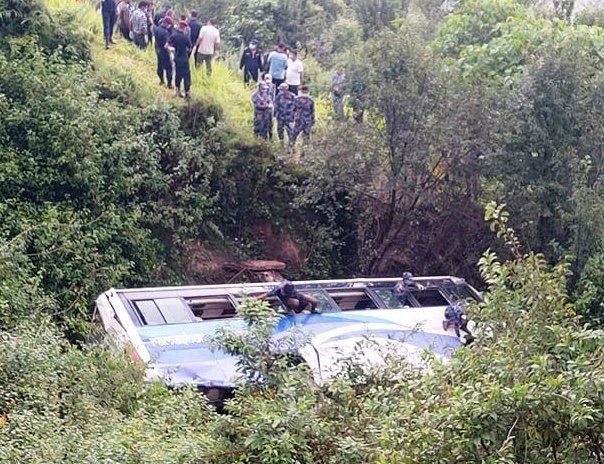 According to Police Inspector of the District Police Office Doti Karna Bahadur Bohora, the Achham bound bus (Na 6 Kha 2529) from Kailali met with the accident. The deceased are yet to be identified.

RSS says the bus fell down some 30 metres off the road. According to the District Traffic Police Office Dipayal, the accident might have taken place due to slippery road condition following incessant rain.

Police Has Made Public Bhagrathi Murder Case Accused By Agencies 5 months, 2 weeks ago

Bhagirrathi Was raped Before Murder By Agencies 5 months, 3 weeks ago