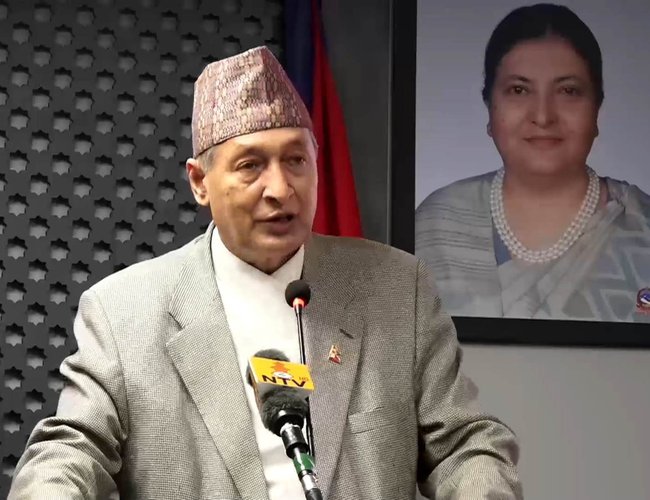 Nepal extended the order to seal off all international borders of Nepal with India and China till September 16, 2020 except for essential services.Earlier, the border points were sealed off until August 15 reports The Rising Nepal.

The Cabinet meeting has also decided to give permission to airlift only 500 Nepalis per day through the government permitted international flights and airlines.

Such airlifted Nepalis should, however, stay in the prescribed quarantines to be arranged in the Valley before being taken to their respective districts after undergoing PCR tests within 5 to 7 days, he said.

Of the total 500 Nepalis to be airlifted every day, 300 will come here upon the priority list and recommendation of Nepali Embassies abroad and additional 200 will be from the funds available at the Foreign Employment Welfare Fund.

Similarly, the Cabinet meeting decided to put a ban on the entry of all types of vehicles and humans into the Capital from the districts where there are over 200 cases of the virus infection. If needed, such people and vehicles must have vehicle pass and people's details issued from the concerned District Administration Office by clearly mentioning the purpose of the entry to the Capital.

Also, the Cabinet has requested all the State government and the local bodies to put restrictions on operating street shops of all kinds like clothing items, vegetable shops on the pushcarts in the valley and other districts.

The government has ordered all industrialists, businessmen and contractors using their labourers in the public infrastructure constructions to keep them in their respective work place with arrangements of food and other necessities for them.

Likewise, the government has instructed the local bodies to strictly monitor the closed services which have come into operation after the end of the lockdown like footsal centres, fitness clubs, beauty parlours, massage centres, saloons, swimming pools, tuition centres and schools and colleges.

Minister for Finance and Communication and Information Technology Dr. Yuba Raj Khatiwada said the border points of the country will remain closed till September 16 after the cases of coronavirus flared up in the country.

He said the essential service-related transportation carrying goods from India and China will remain unhindered as will human mobility in case of any emergency situation.

According to the Daily, the 10 authorized border points opened for human and vehicular movement during the period of COVID crisis include Kakarbhitta in Jhapa, Rani customs, Morang, Madar in Siraha, Gaur in Rautahat, Birgunj in Parsa, Belahiya in Rupandehi, Krishna Nagar in Kapilvastu, Jamunaha in Banke, Gauriphanta in Kailali and Gaddhachauki in Kanchanpur.

The government has instructed all establishments, including those in private sector, in the Kathmandu Valley and other districts with over 200 active cases of the coronavirus to embrace 'work from home' system as a strategy to check virus transmission reports the daily.

A meeting of the Council of Ministers held on Monday had taken decision to this effect, according to Minister for Finance and Communication and Information Technology Dr. Khatiwada.

The government has again decided to enforce alternate work schedule with the presence of 50 per cent employees every day in all the government offices, non-governmental oganisations, banks and financial institutions, according to Minister Dr. Khatiwada.

Arrangements regarding this decision will be made by the concerned office chiefs, he said.

Reviewing the earlier Cabinet decision, the government has again barred table-based service in hotels and restaurants operating in the Valley and other districts where there are over 200 active cases of the virus, he said.

Also, the Cabinet meeting has suspended all other types of services being provided by the government offices which cannot be delivered also from online, virtual or any other means to the service seekers until further notice, Minister Dr. Khatiwada said.

Nepal And India To Give Priority To Butwal-Gorakhpur Transmissionline By NEW SPOTLIGHT ONLINE 13 hours, 34 minutes ago

UNHCR Shut Down Its Bhutanese Refugee Office In Nepal By Agencies 1 day, 4 hours ago